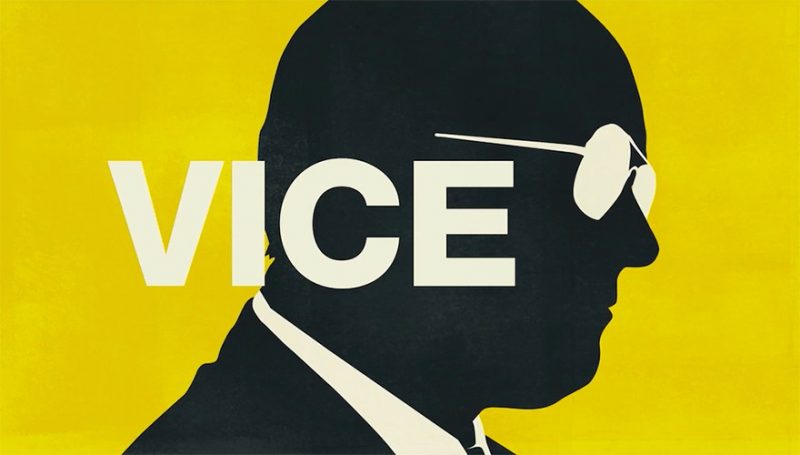 Vice, written and directed by Adam McKay, is a 2018 biographical Dramedy starring Christian Bale as former U.S. Vice-President Dick Cheney, Sam Rockwell as former U.S. President George W. Bush, as well as Steve Carell, Amy Adams and Tyler Perry. The film follows Cheney rising through the government ranks over the years and becoming one of the most powerful VPs in United States history.

The mediocre movie is kind of, weird. The film depicts Cheney as evil. Now most people who are old enough to remember 9/11 probably don’t like Cheney very much, that’s true, but you’ll leave the theatre not really knowing what the message of the film was except that Cheney is bad, and conservatives are bad too.

The movie is narrated by someone who is “kind of related” to Cheney, meaning his heart donor. The narrator is depicted to be a former soldier who served during the Iraq war and works as a skilled labourer. That’s a cool take one would guess, but you never actually find out who this heart donor is in the film, and the narrator says that it “feels shitty” that Cheney gets his heart in the end.

The film starts on 9/11 then flashes to 1963 where Cheney gets pulled over for a DUI and the film continues to jump back and forth between certain years which can get confusing. Bale’s performance is unique in the fact that Bale put on excessive weight and shaved his head to replicate Cheney. The appearance is there but his performance of Cheney feels like a dark SNL sketch, depicting Cheney as a macabre and evil guy. It’s a great impersonation, but the message is weird. 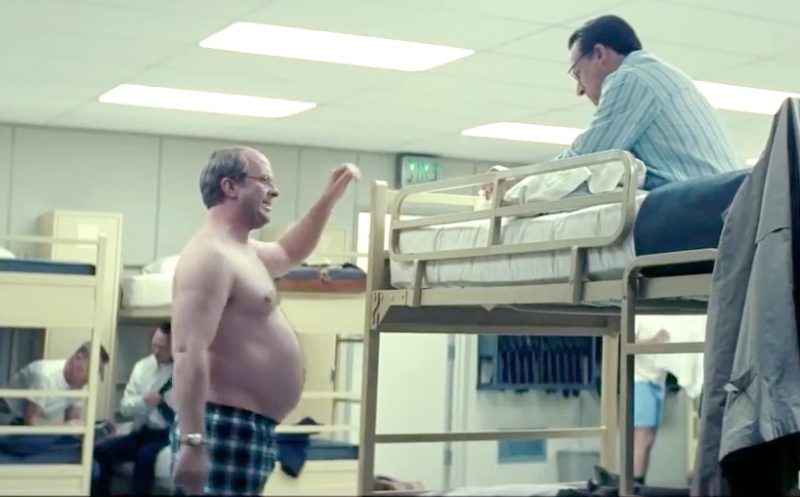 We all know that Cheney is a bad guy, that he fuelled an unnecessary war, but there was an underlying sense of just attacking conservatives altogether. There’s a scene in the movie where the narrator says in a sinister way that “Cheney effectively got tax cuts for the wealthy, got rid of regulations, and changed the term global warming to climate change”, as if those things are inherently evil. It also takes jabs at Fox News.

The film also portrays the 80s as a scary time when white conservatives rose up, and had snapshots of the 80s and pictures of Trump with money. That was weird, like an “Oh no scary white men” compilation scene. Near the end of the movie where Cheney’s heart was failing again, there was a compilation scene of cups falling over, things breaking, shots of the government, and for some reason a picture of Alex Jones holding a gun. Again, odd.

The movie serves as a giant hit piece on Dick Cheney and conservatives. There were plot holes in the movie and certain information was left out. Like when Cheney accidentally shoots someone while hunting. It was in the movie for 2 mins and we never find out who it was he shot, it was glossed over so quickly. There was a lot of material the filmmakers could have used to make this a fun, more interesting movie, but the movie lacks that material. The movie lacks structure, and focus. You can sum the movie up in one sentence, “Dick Cheney and conservatives are bad”.

The way they should have portrayed this movie should have been more like Oliver Stone’s 2008 movie W.