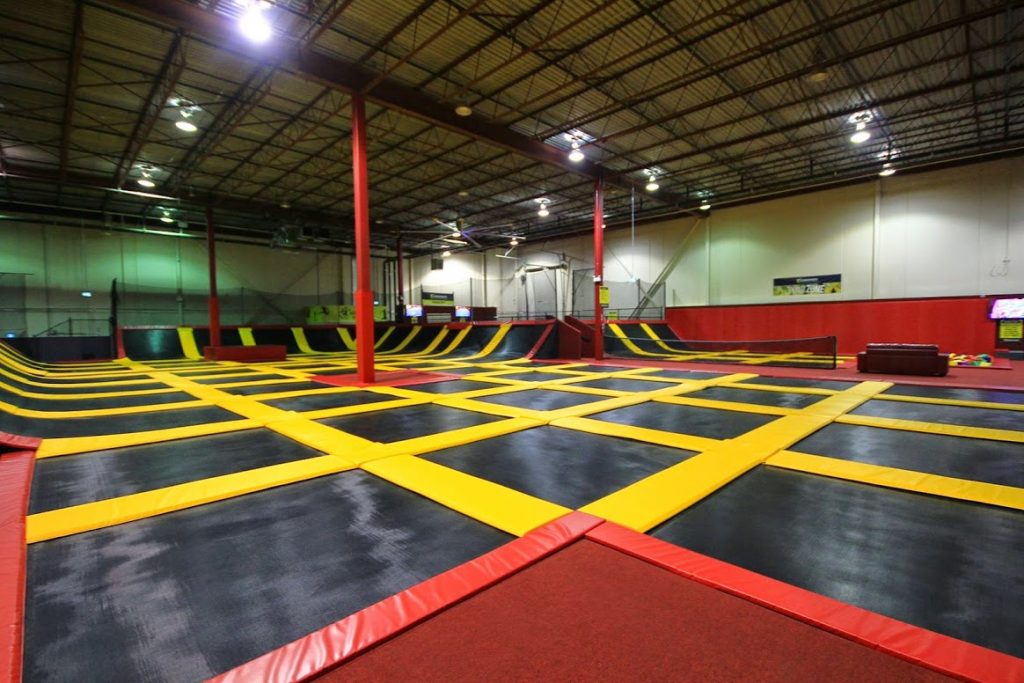 Aerosports is more than a trampoline park, it’s the scene of an unique event called Black Out Friday.  There are two locations, one in Brampton at 100 Westcreek Blvd. and another in Oakville at 2679 Bristol Circle. On the first Friday of the month they hold an event called DJ jump night that starts after 7 p.m. where they bring in a live DJ, strobe lights, giveaways and other cool things to do for their night time jumpers.

Aerosports, which is now three years old, has this event every Friday instead of only having it on the first Friday of every month, and is now called Black Out Fridays, so if you can’t make it one Friday you don’t have to wait a whole other month to get a chance to go. Not only is this a place good for children to come play and be active, it also offers rock climbing and an arcade and is also ideal for adults to come have a good time as well.

“Good music and nice exercise, the music is more appealing than what they usually play during normal hours, I would definitely recommend it to someone who hasn’t gone before,” said customer Justin Sukhara.

As soon as 7 p.m. hits the lights are turned off automatically and the party begin until the park closes. “As stressful as Black Out Friday can be I think it’s one of the more relaxed shifts that we can work since the music gives us more of a chill vibe,” said staff member, Nicole Hylton.

Hylton also believes that this event has come a long way from when it started and has gained more popularity with not only the younger crowd but the older crowd as well.

“The only thing that can suck about black out Fridays are the amount of injuries that can happen since it’s dark,” adds Hylton. ” But other than that, it’s pretty fun.”