Twitch has updated its community guidelines following numerous complaints regarding sexual content and sexual threats on its websites. A majority of the complaints claim female gamers are purposefully exposing their bodies to increase views and subscribers.

While Twitch isn’t forcing streamers to dress a certain way, it  will be cracking down on sexual-based content. “We recommend creators wear attire that would be publicly appropriate for the context or location of the stream,” Twitch posted yesterday.

The complaints started coming from the Twitch community, following various female streamers focusing their cameras on their bodies and offering dances for tips and subscribers. This style of gaming has gained popularity but for all the wrong reasons. The site maintains these actions do not reflect the video games being played or the morals of the website.

With changes to the dress code, Twitch is also cracking down on all forms of harassment throughout the site. With a raise in toxic behaviour in the chat, Twitch’s Brian “Citizen” Petrocelli says, “Hateful conduct in any content or activity is strictly prohibited and creators are role models and leaders of the communities they create or foster around them. Creators should consider the consequences of their statements and actions of their audiences; we ask that you make a good faith effort to quell any efforts from those in your community to harass others.” 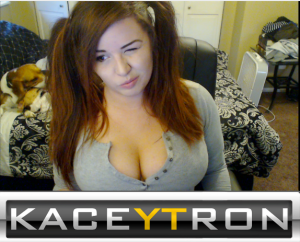 This massive change to the code of conduct will also limit toxic behaviour from various streamers. Where in the past select streams would ask their audience to go harrass other streams or channels, Twitch will now hold those streamers accountable for their actions. This change will hopefully lead to a more positive environment for all users of the site.

With an overall revamp of the Twitch community guidelines, the fan base is hoping to see a change in both the quality and content of the site.