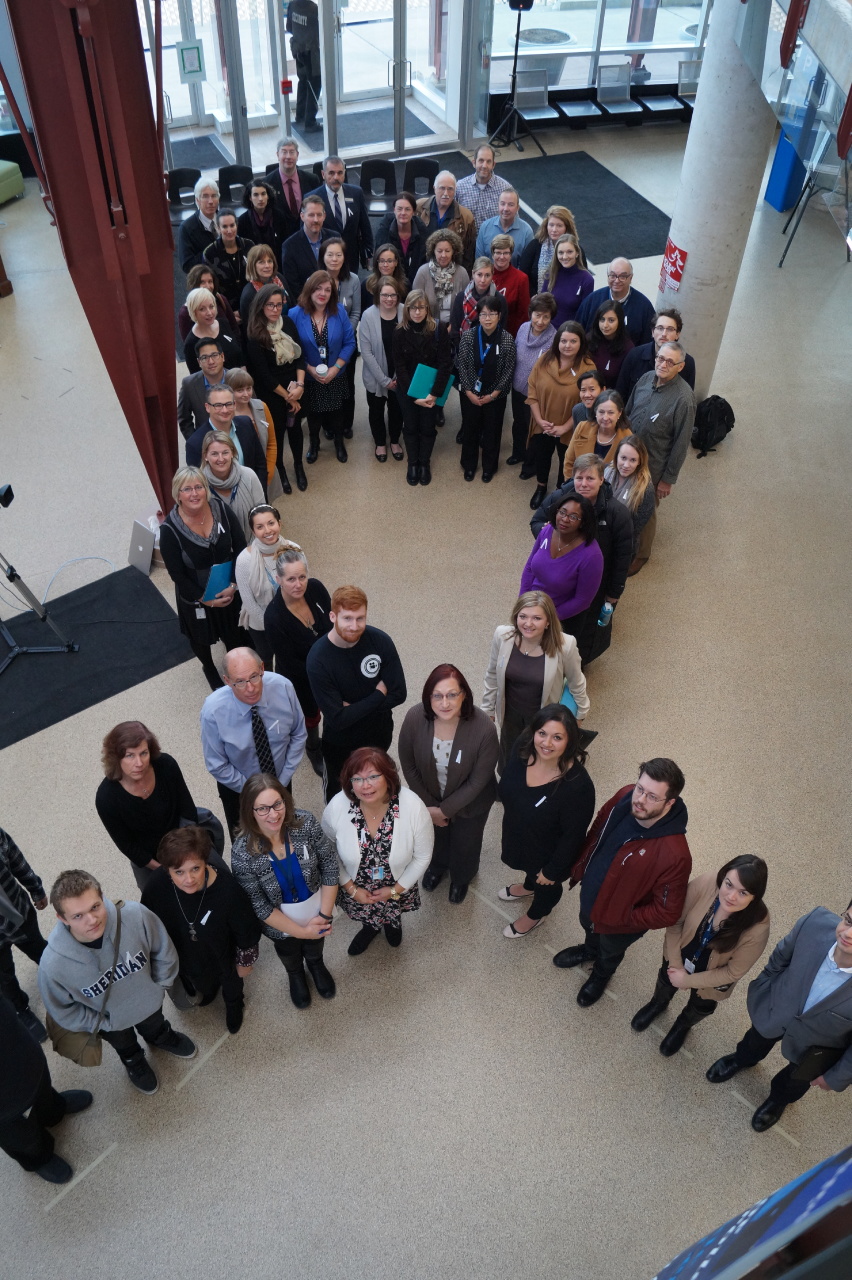 Dec. 6 was National Day of Remembrance across the country and Sheridan marked the occasion with a ceremony at Trafalgar campus.

National Remembrance Day honours 14 women who were killed in the Montreal massacre at Ecole Polytechnique on Dec. 6, 1989.

Marc Lepine entered the school with a mini rifle and hunting knife, shooting 28 people and killing 14 women, before committing suicide.

The attack was Lepine’s way of denouncing feminism.

The ceremony at Sheridan included words from Mary Preece, a poem read by Eve Krogman and ‘I Will Remember You’ was sung by third year Musical Theatre student, Claire Boudreau.

A white rose was laid for each woman in the school’s Peace Garden.

Both Trafalgar and Davis campuses currently have a Peace Garden as a lasting memory of the victims.

That horrible day 27 years ago has meant change for Sheridan.

Security has been increased, more lockdown drills are practiced, the school now has additional cameras, as well as safe walk and the schools new Sheridan alert app.

“Gender based violence has no place at Sheridan,” said Mary Preece, President and Vice Chancellor of Sheridan, “or anywhere in our community.”

National Remembrance Day reminds us all of the lives that were lost.