STORY AND PHOTO BY BROOKLYN FELL

According to a U of T Journalism expert, we are currently living in the wild west of information.

Jeffrey Dvorkin described the current fake news situation as nothing new. There have been newspapers publishing “semi-fake” news stories for years to gain reader attention.

“It’s a grey area where you can’t really blame them for publishing their content as it’s in the hands of the reader to believe it or not,” says Dvorkin.

Had you have not fact checked that story and believed it based on the headline, you wouldn’t know that the FBI found absolutely no evidence linking President Donald Trump’s claims of wiretapping his phones during the election to his predecessor Barack Obama.

It’s easy to write a catchy headline. It’s much harder to back them up with facts. 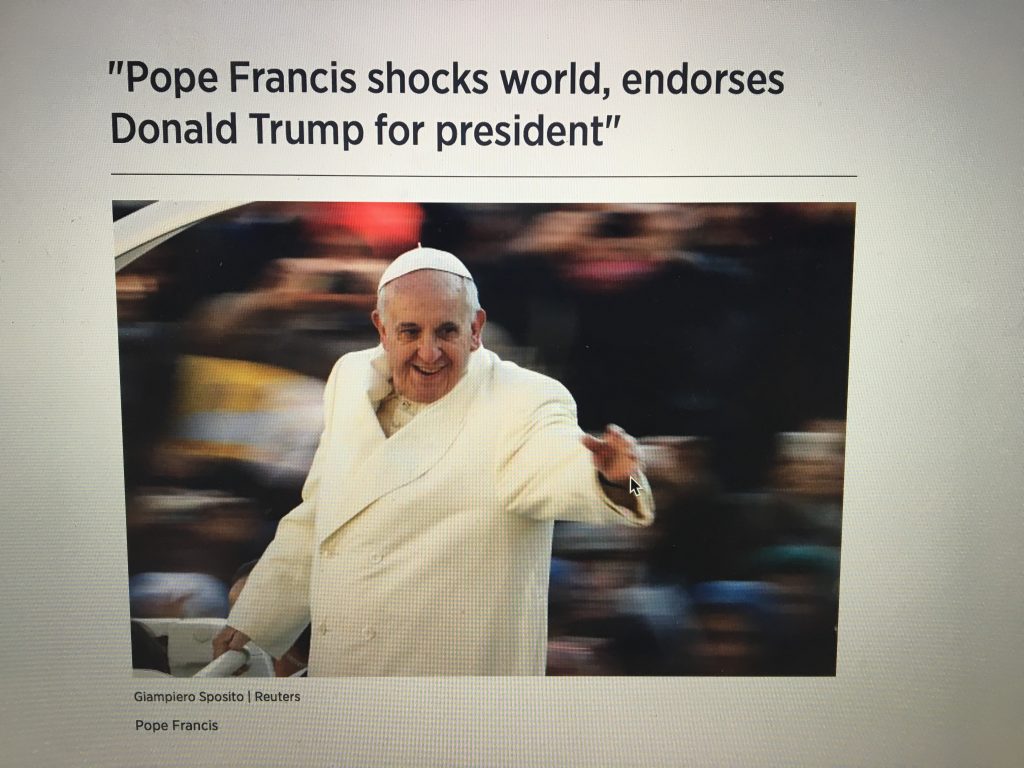 What exactly is fake news?

Stanford University defines it as an article that presents false statements as fact whether it is through visual or text.

Facebook is one of the main platforms for perpetuating fake news as fact.

The most popular time was during the U.S. election.

According to Pew Research Center, the total engagement for proven fake news articles on Facebook skyrocketed to 8.7 million from August 2016 until Election Day, when just a couple months earlier it was at a total under 3 million.

The numbers are comparable to fact-checked news, which maxed out at 7.3 million from August 2016 to Election Day.

“It’s hard to know who to trust these days. I’m constantly finding myself second-guessing everything I read. I guess that’s good in a sense because I’m more aware of the possibility of fake news, I just find it so disheartening to feel so paranoid about the news all of the time,” says University of Toronto Communication, Culture, Information and Technology (CCIT) major Kaitlin Irving.

“I just look at people who spend years and years learning about journalistic integrity for it all to go down the drain for some measly click-bait that ruins real news.”

The issue of “click-bait” has been prevalent on many of online platforms.

Whether it’s Facebook articles telling you how to lose 10 pounds in a week, or it’s your favourite YouTuber embellishing a video about their lives to get more views.

The main issue of this trend is that it values views and monetization, but leaves integrity and ethics behind.

There has also been controversy about Google and Facebook and their lack of intention to limit the circulation of fake news. Both companies have announced initiatives to disseminate fact-checked news in order for ethical readership.