The 2017 Binbrook Fair ran over the course of three days, from Sept. 15 to Sept. 17, and was one large celebration, commemorating community and hometown memories.

“We’ve been a vendor at the fair for 50 years,” Julie Biczel said. Her brother-in-law owns Maple Leaf Fudge. At her booth, there were 22 different kinds of fudge for people to choose from, from Maple Plain to Reese’s peanut butter.

Biczel’s favourite part of the fair is interacting with the people. After being in the same spot for 30 years, she’s gotten to know a few of the fair-goers. “I see the same faces year after year,” Bizcel said. “[Next year] I’ll be right here in this spot.”

The 163 annual Binbrook Fair had people coming and going all weekend. Chad Roberts, the current president of the Binbrook Fair, said, “The core things of the fair are the same, but some things have evolved. But our favourites – the derby, the livestock shows – those all stay the same.”

The Binbrook community has exploded in number over the past ten years. According to Statistics Canada, in the past five years, over 5000 people have moved to Binbrook, with more continually coming.

“The heart of Binbrook Fair is the traditions,” said Roberts, who was born and raised in Binbrook and has volunteered at the fair for 15 years. “But it’s more than that – it’s [about] the community, both new and old.”

Like Biczel and Roberts, there are many vendors and attendees who have been coming to the fair for decades. But not all have been born and raised in Binbrook.

Janelle Miles lives in Binbrook with her husband Neil and their almost three-year-old son, Liam. “I’ve lived here six years, and Neil’s lived here since we got married four years ago,” Miles said.

“It was our third year taking Liam to the fair but it was the first year he could look forward to it and enjoy seeing the animals,” Miles said. “It’s something we hope to do as a tradition with our family.” 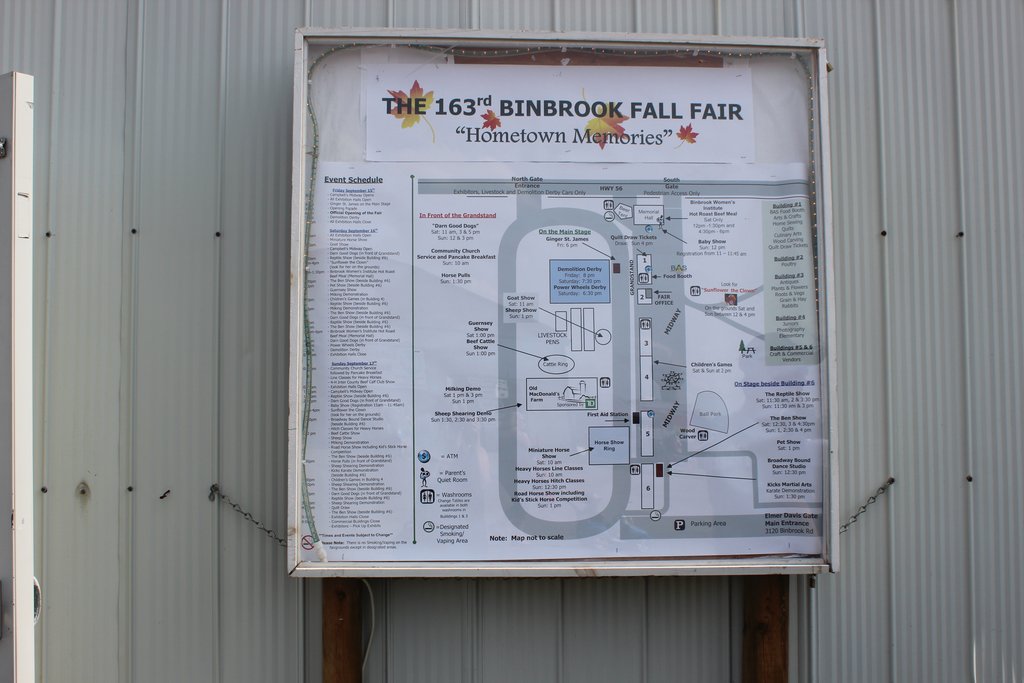