The rain held off just in time for Santa to make a soaring entrance as he landed via helicopter to greet the children of Burlington.

Kids got to enjoy free hot chocolate and candy canes while they sang along to holiday songs performed by children’s group Team T&J, along with Burlington firefighters and OPP there to visit the children. Even better was that the first 12,00 kids received a free gift.

“It’s a busy day, I’m here at 6 a.m getting ready and working into the afternoon,” says Kim LaRonde, marketing manager of Burlington Mall. A lot of work went into planning the more than 10-year long tradition. This year, Santa’s cabin has new floor tiles and has been set up in the mall right outside Shoppers Drug Mart and will be there until Dec. 23 to take pictures with him.

After a very anticipated wait, people started to hear the distinct sounds of helicopter wings in the distance. The helicopter made its way around the mall a couple of times and finally came to a land, unveiling what everyone had been waiting for. 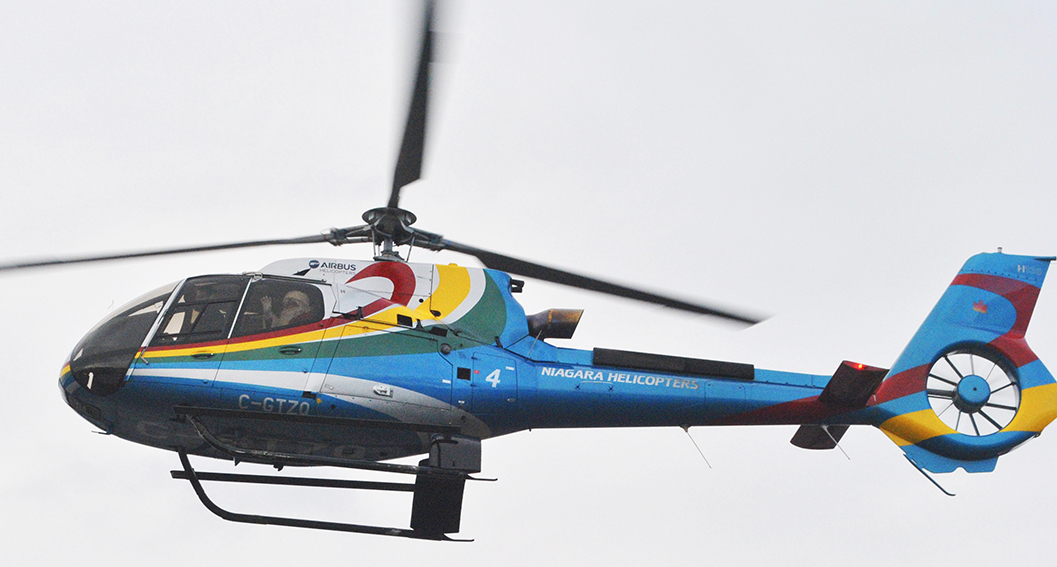 His iconic red and white robes caught everyone’s eye while he was escorted around the crowd by his friendly elf assistant, greeting almost every single child. The sound of jingle bells followed him around in his hand as he shook them while blaring the words “ho ho ho.”

“We go every year, the boys love it” said Karen Melo, mom of Jacob and Marcus. 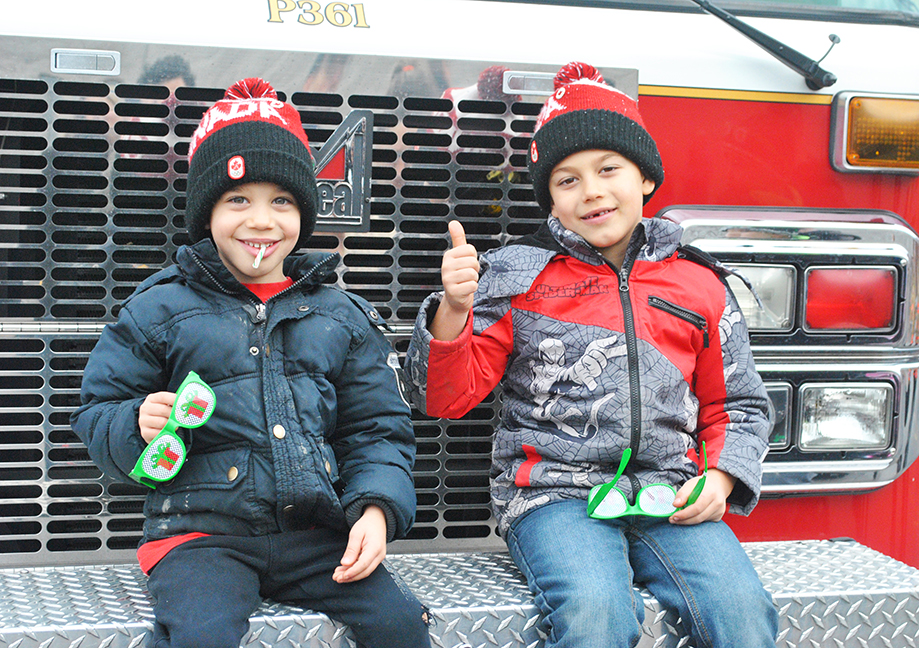 After giving Santa hugs, the boys enjoyed climbing on the fire truck and getting colouring books from the Burlington firefighters. “We are very grateful for our health and happiness,” said Melo. The family continued into the mall where they would get their pictures with Santa Claus and enjoy family time throughout the day.