Oakville MP John Oliver was at Sheridan College on Wednesday to lead a discussion on his bill in support of net neutrality.

Oliver came to Trafalgar Campus to speak to Sheridan’s Applied Computing students about the bill and answer their questions on the future of net neutrality.

Net neutrality is the principle that Internet companies should treat all content freely. It prohibits companies from blocking customers from certain web services or charging more for certain websites. Under the Telecommunications Act of 1993, Internet companies are treated as utilities which cannot give “undue or unreasonable preference” to any content.

The bill, Motion M-168, calls on the Canadian government to fully support net neutrality in reviews of the existing Telecommunications Act and Broadcasting Act. “The key elements of it are including net neutrality as a guiding principle, so specific reference to it,” Oliver said, “rather than leaving it in the open carriage rules that govern all in the existing Telecommunications Act.”

Features of the motion include recognition that an open Internet is vital for free speech and innovation and reaffirmation of existing net neutrality rules.

Despite his support for net neutrality, Oliver does recognize that there is content that should be blocked. Censorship should not extend beyond that, however.

“There are certain Canadian legal rules about what can be transmitted and communicated. Hate crimes are a good example,” he said. “Outside of that there really shouldn’t be any content, the ISP [Internet service provider] should not be blocking or modifying content.”

Andrew Quinn, Oliver’s executive assistant, says that Internet traffic will be regulated by the Canadian Radio-television and Telecommunications Commission (CRTC) and not by the ISPs.

Oliver says that the government has to work with the CRTC and telecommunications companies to set regulations. While his bill does enshrine net neutrality, it does not address the framework of any regulations. That must come after discussions between all partners.

The issue of net neutrality became even more significant after the Federal Communications Commission in the United States voted to roll back rules in December. Critics say that this will give control of the Internet to large telecommunications companies. Internet companies say rules stifle investment in new technology. The repeal of net neutrality in the U.S. brought about discussion about the future of the Internet in Canada.

Oliver says that, despite Canadian rules in favour of net neutrality, customers may still feel the effects of the U.S. decision. “As I understand it, Canadian consumers may be shielded from net neutrality abuses, but the effects of the U.S. decision can still be felt…north of the border,” he said. “There are also concerns that Canadian data can also get caught in some of those rules.”

A standing-room only crowd of Sheridan students in Room S144 had the opportunity to ask Oliver and Quinn questions. When Oliver polled the students about their opinion, not one voiced opposition to net neutrality. Oliver told them he sees this issue as a defining moment for them. “I think this is the freedom of speech moment for your generation,” he said.

Debate on the bill in the House of Commons will likely begin later in March. 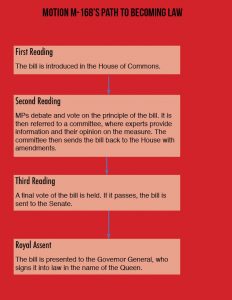