This past St. Patrick’s Day afforded an opportunity to learn some fun facts about automotive history with an Irish twist. The Canadian Automotive Museum in Oshawa  held a tour for the community to take a look at some fascinating vintage cars. From carriages to race cars, the tour was about an hour long and took visitors through the eras of the automotive industry.

The tour began with the 1909 Ford model T, which was made in America. “We call it the farmers’ car because it was in rural towns, and it was kind of like a tractor so it had no foot pedals. It was all hand-driven so you had to brake and accelerate using the hand gear. They’re all open top, no windows, it’s very carriage based,” explained tour guide Alex Gates. 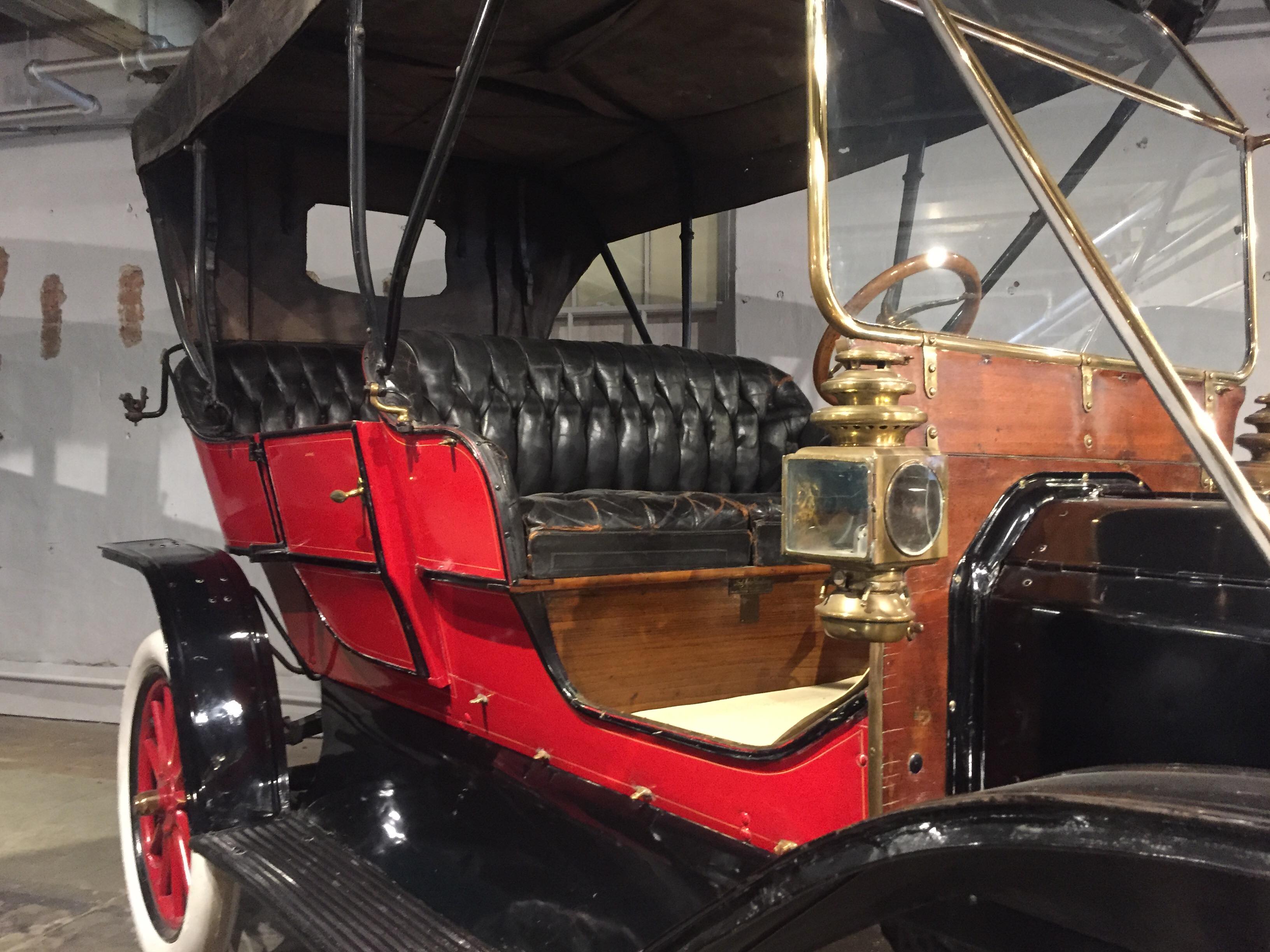 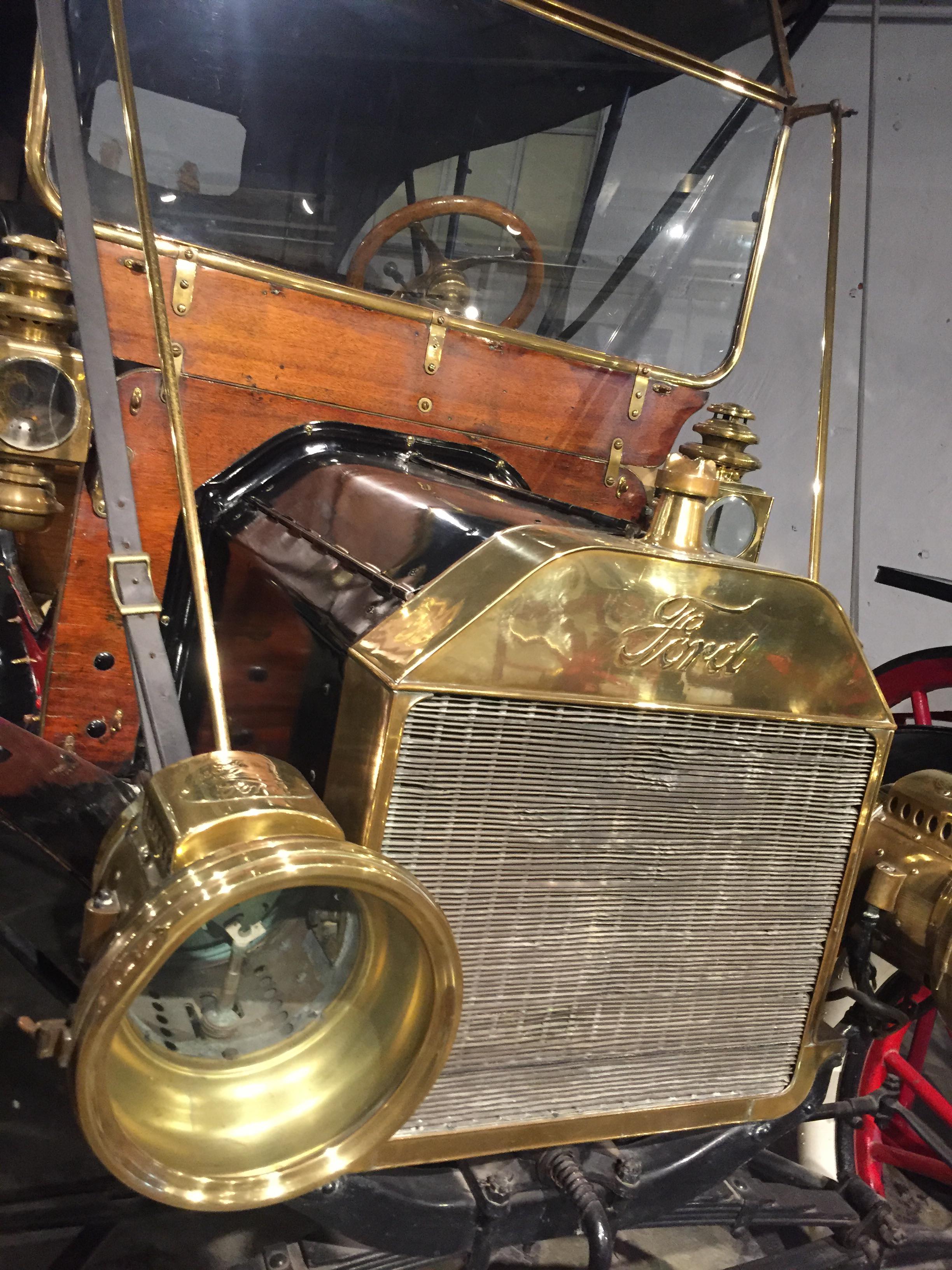 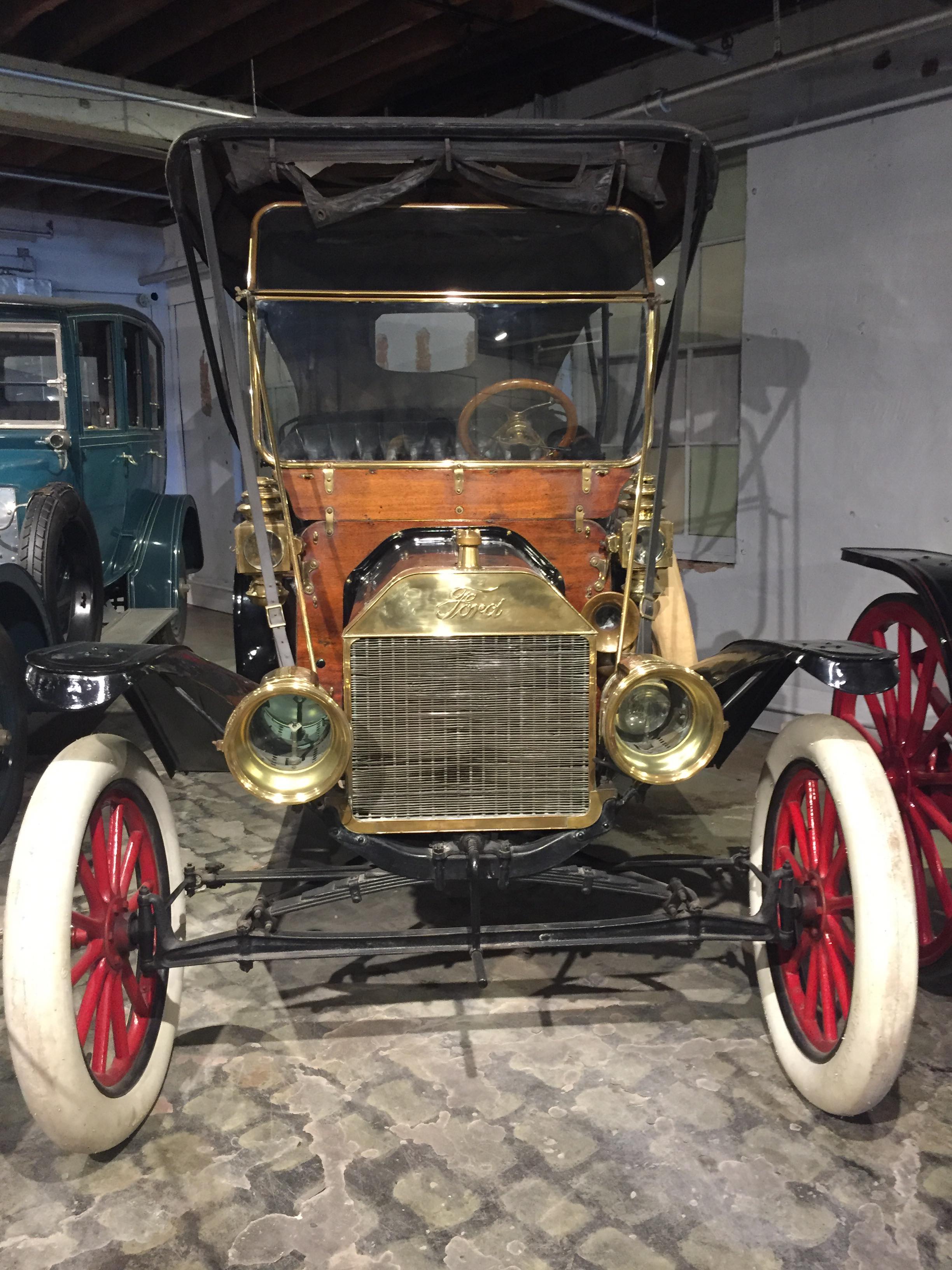 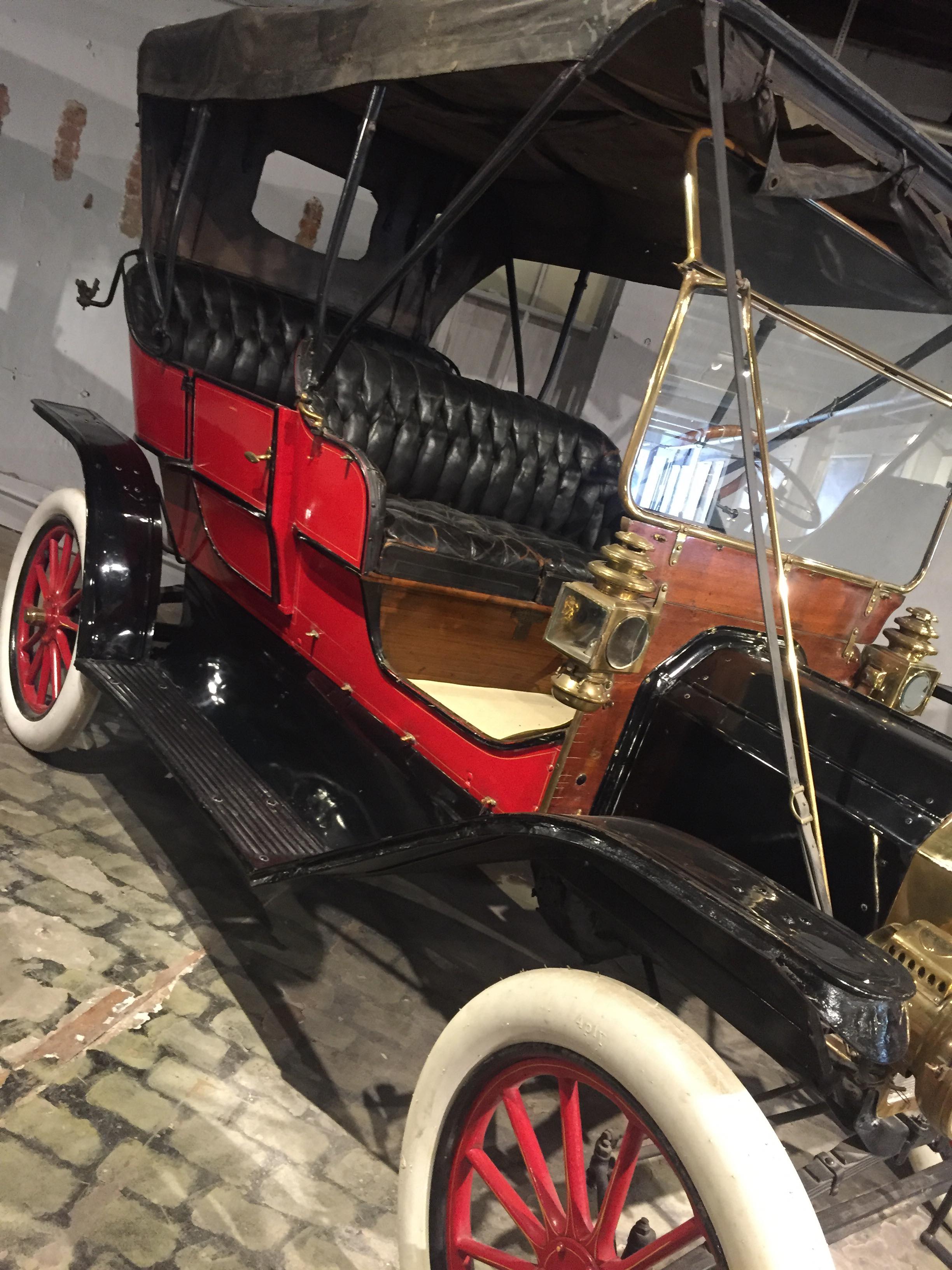 “Initially you would have to hand crank these cars, it’s how you would turn on the car. Instead of the three seconds it takes for you to turn on your car now it actually took quite a while back then, and that’s why women didn’t prefer to drive. It was very time consuming. There was a lot of hand work involved. The cars were very loud and women just didn’t like that. The car on display was the earliest surviving Canadian Ford model T.

Onlookers also got to take a look at some of the cars that wealthier people were driving back in the early 1900s. “I want to talk about the Rolls-Royce because it is quite an elegant car, they still make them today. It was always a wealthy person’s car even from back in the day until now. So you always had the rich owning these vehicles and they were always expensive. Instead of an average everyday working class affording something like a Ford or a Kennedy which was quite affordable, the Rolls-Royce was not affordable for people like that,” explained Gates. 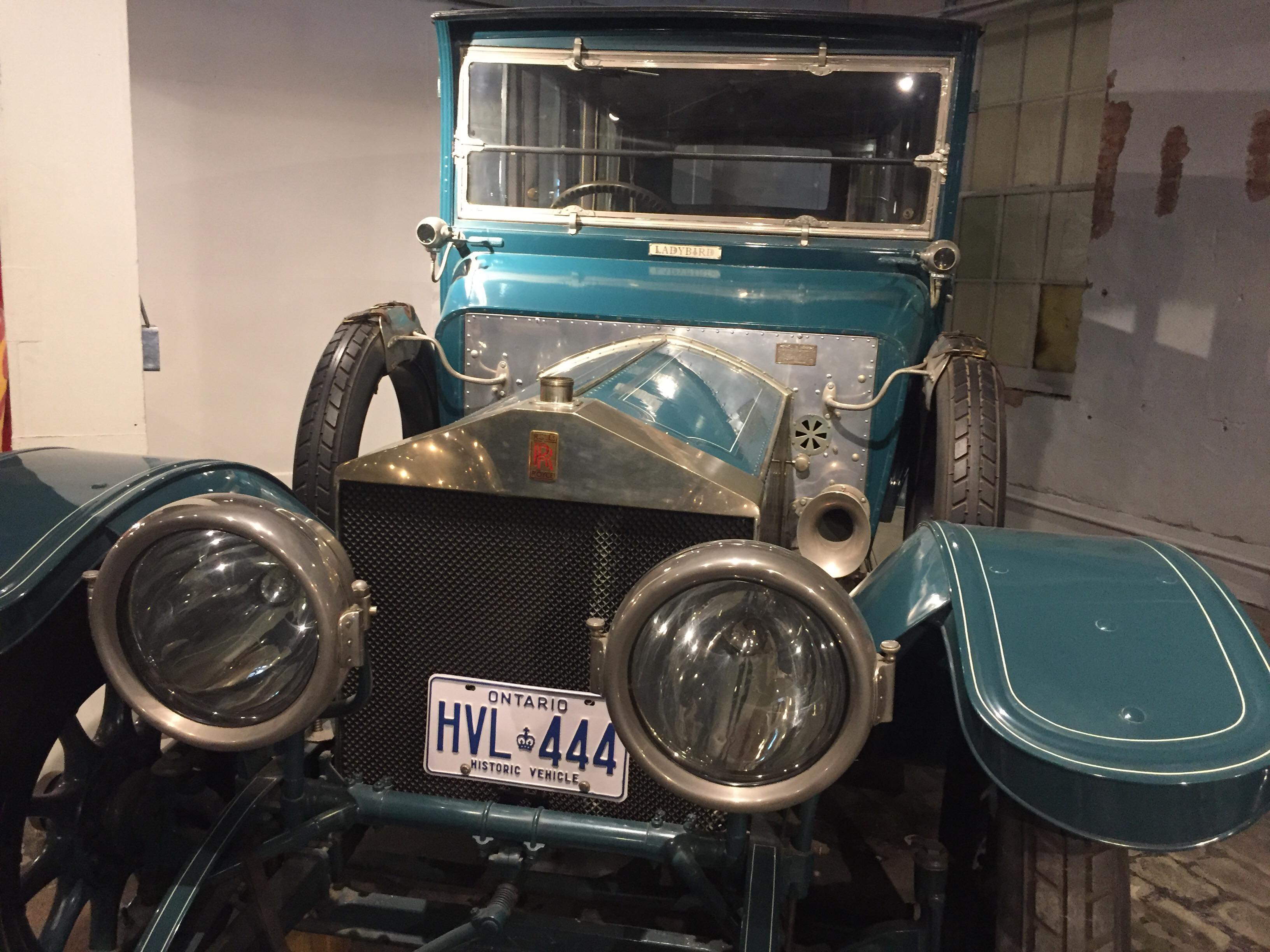 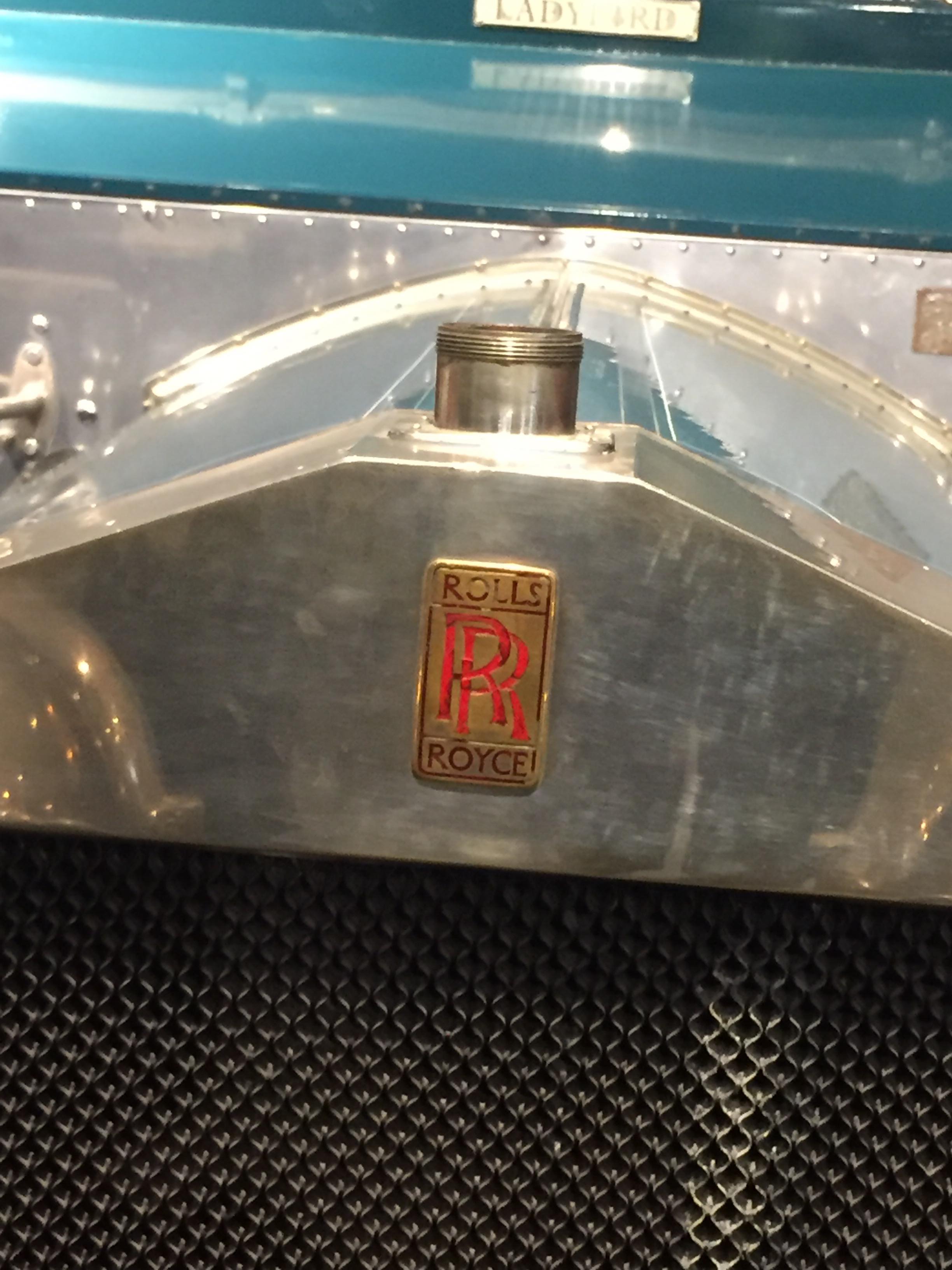 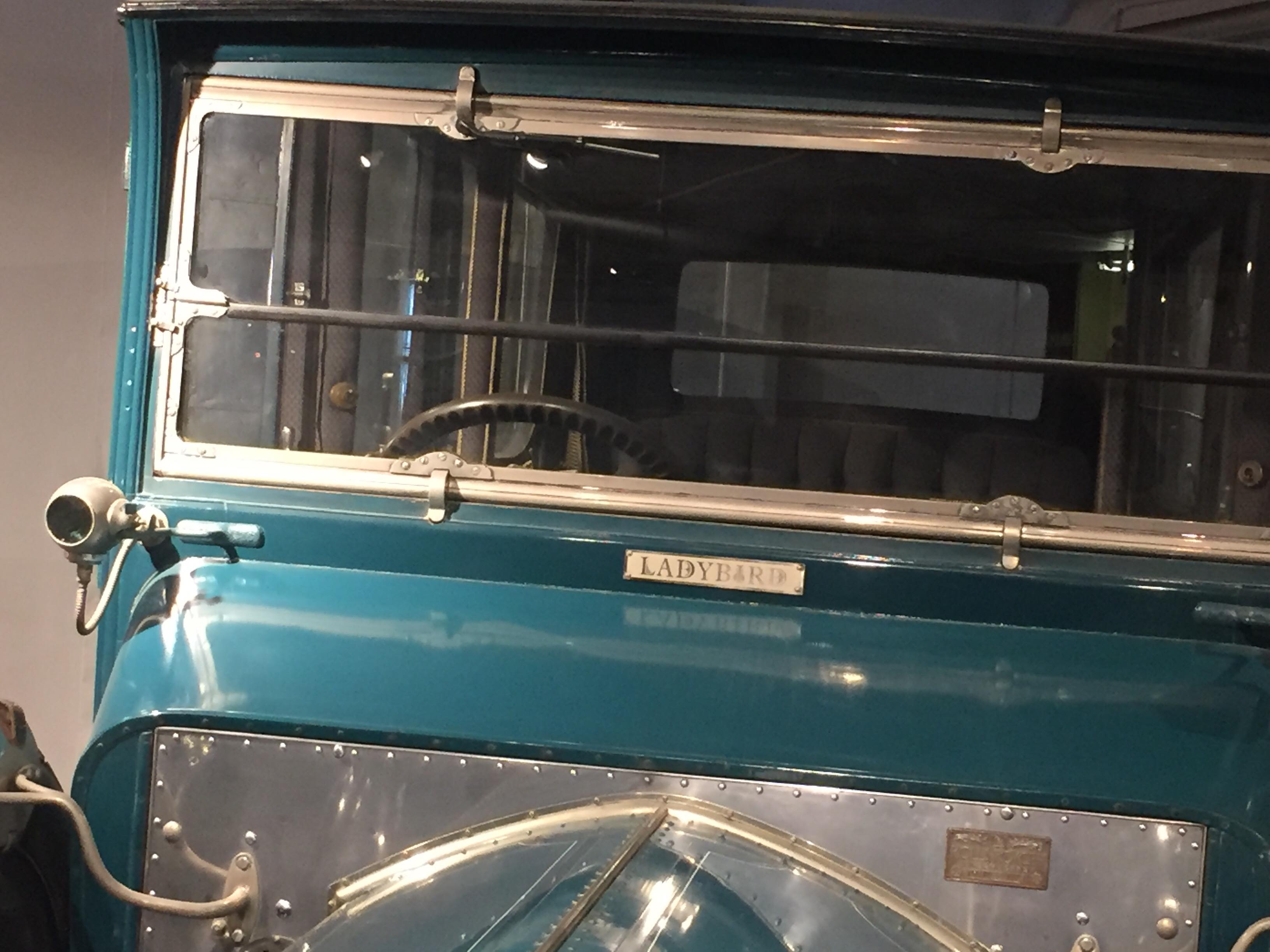 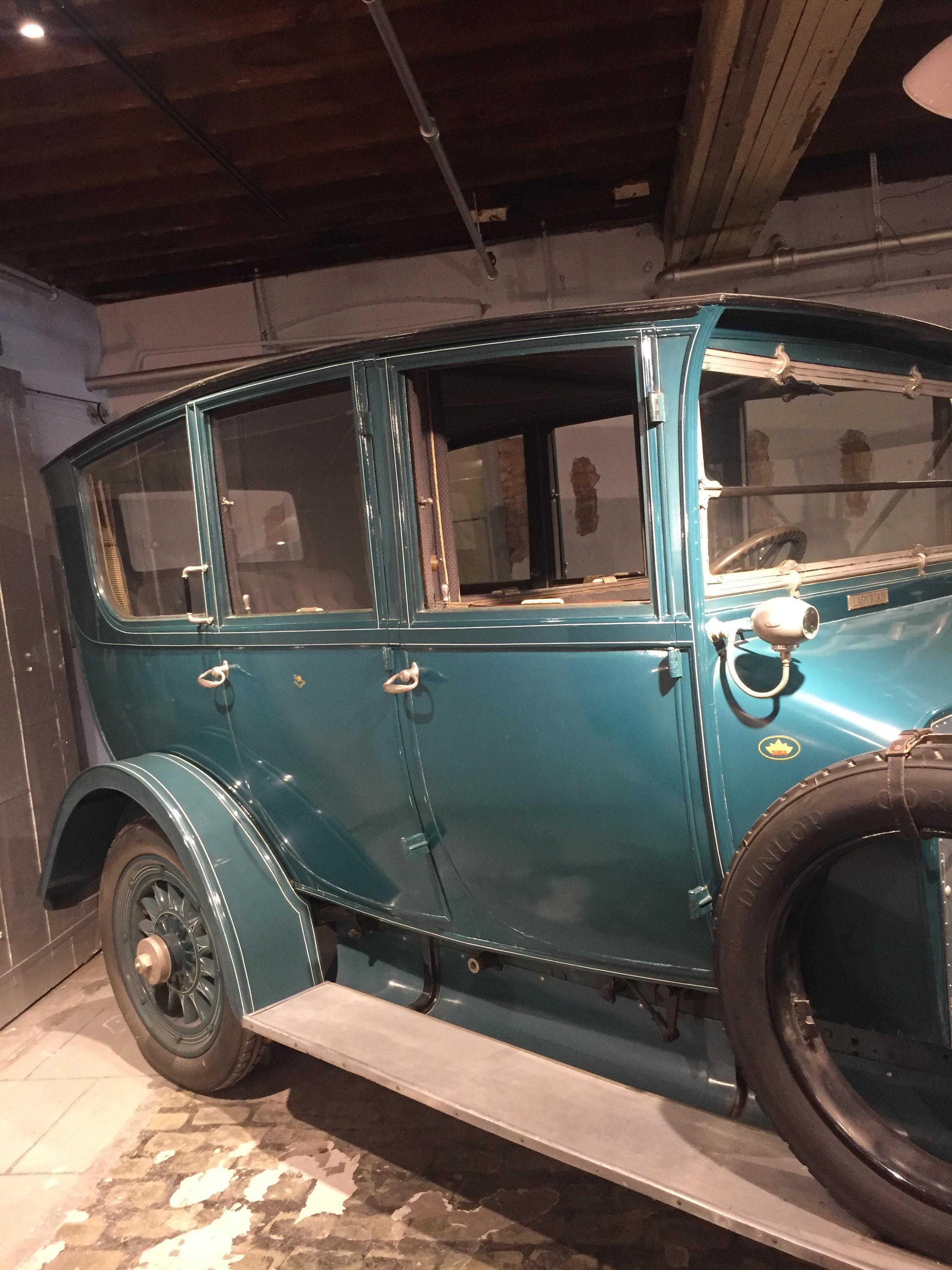 “The 1926 Isotta Fraschini is not made in Ireland, it’s actually made in Italy, but what’s Irish about it is its hood ornament. Its original owner was from Ireland so he did drive this in Ireland. Ireland is known for its big hills and its bumpy roads but he was a lucky guy that lived on a road that was completely straight. So he took this Isotta and he would race it down the road as fast as he could. This car had a longer nose to the front here just because it had more horsepower so it could actually go faster and he would race this down the street.

“The car was actually made in Milan Italy by the beach and you can see it looks very boat like. It has this boat structure to it as well as the colour. It’s got this intricate pattern on the wood here, that’s because no other vehicle would take their time to make it that detailed. It was only meant for extremely wealthy people that would pay attention to things like this.” 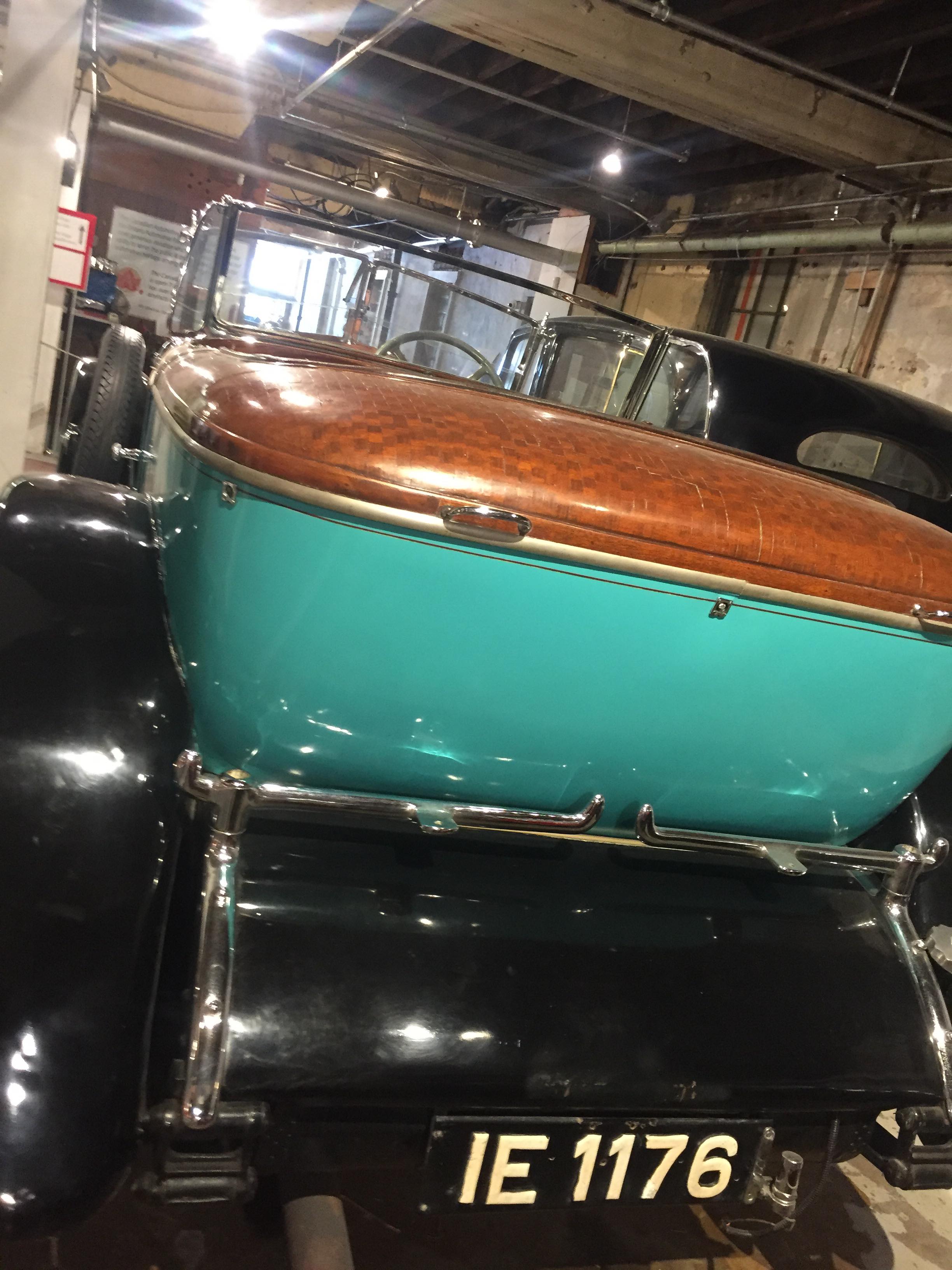 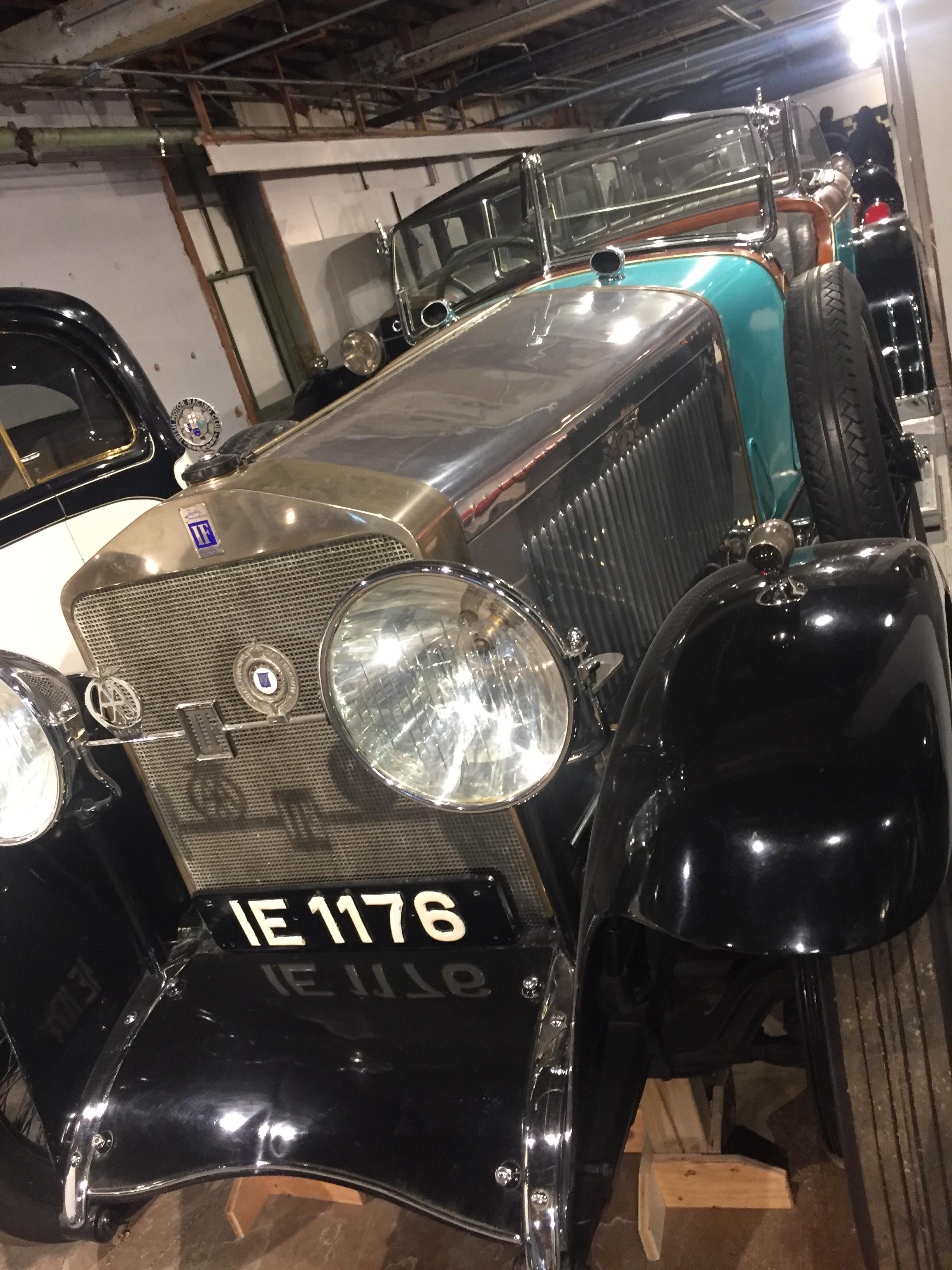 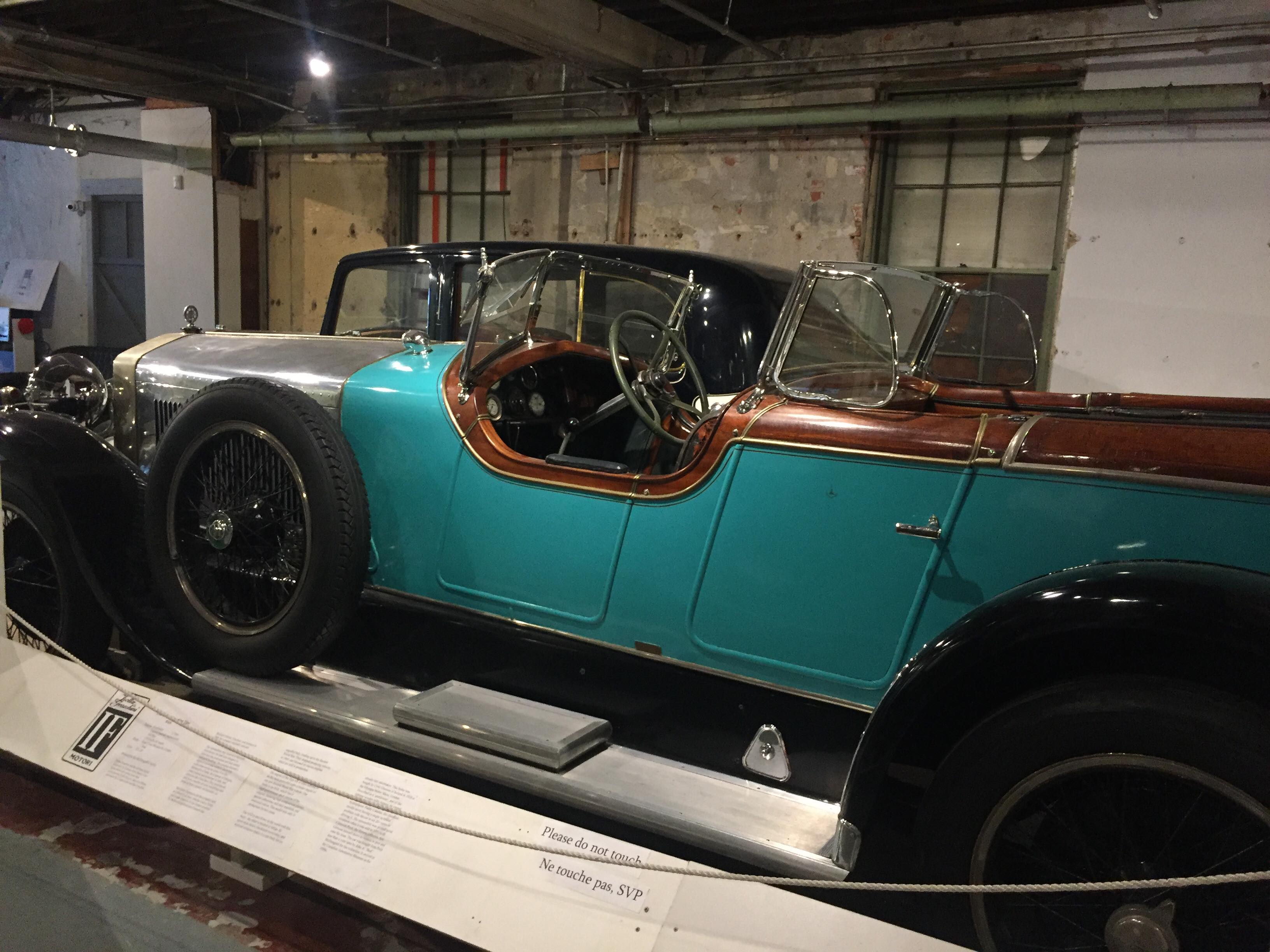 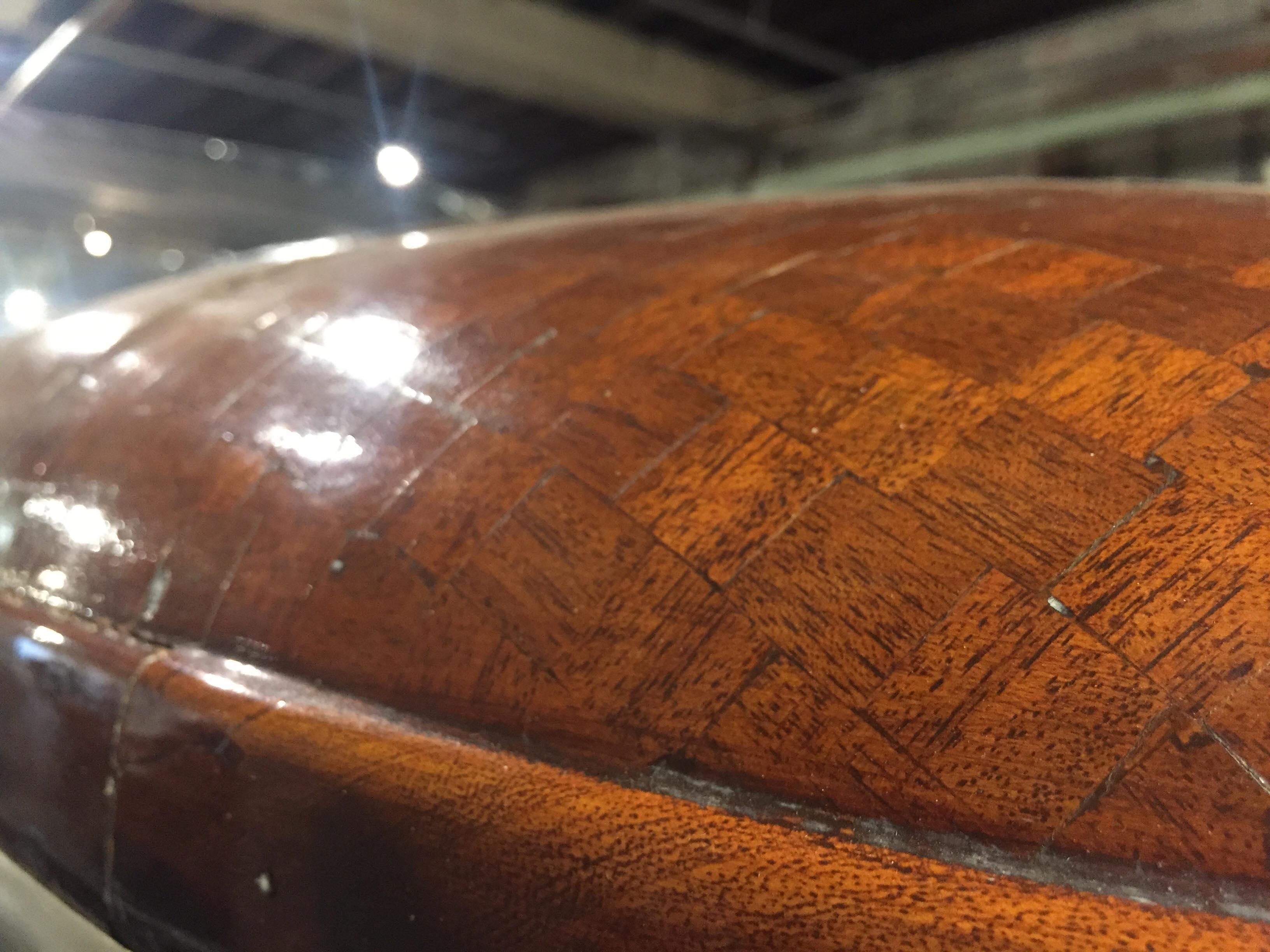 Next down the timeline was the 1931 Alfa Romeo. “Every European country had its own racing colour. Italy was always red. If you notice any Lamborghini or Ferrari, they usually come in red, it’s because they’re Italian.” 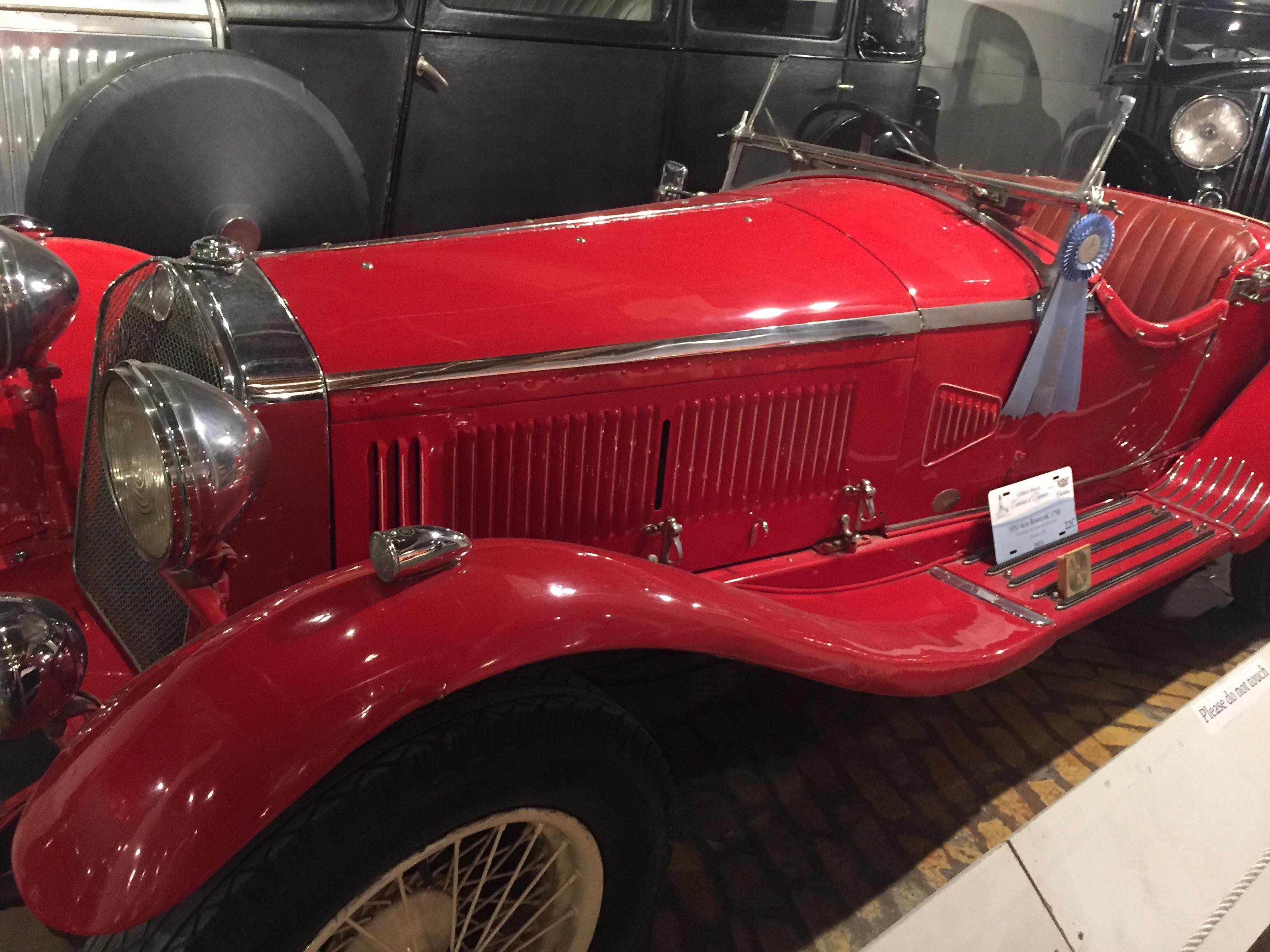 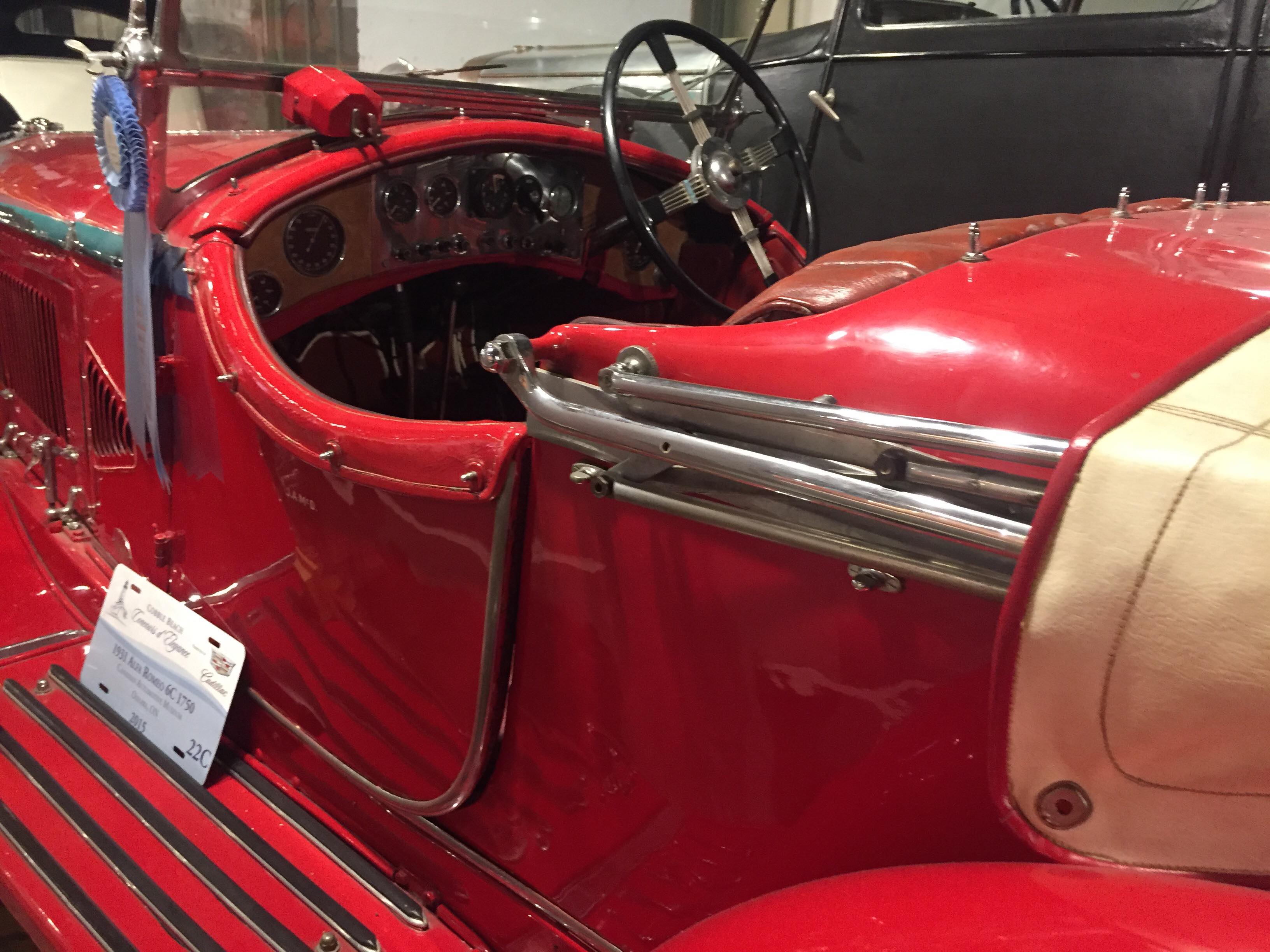 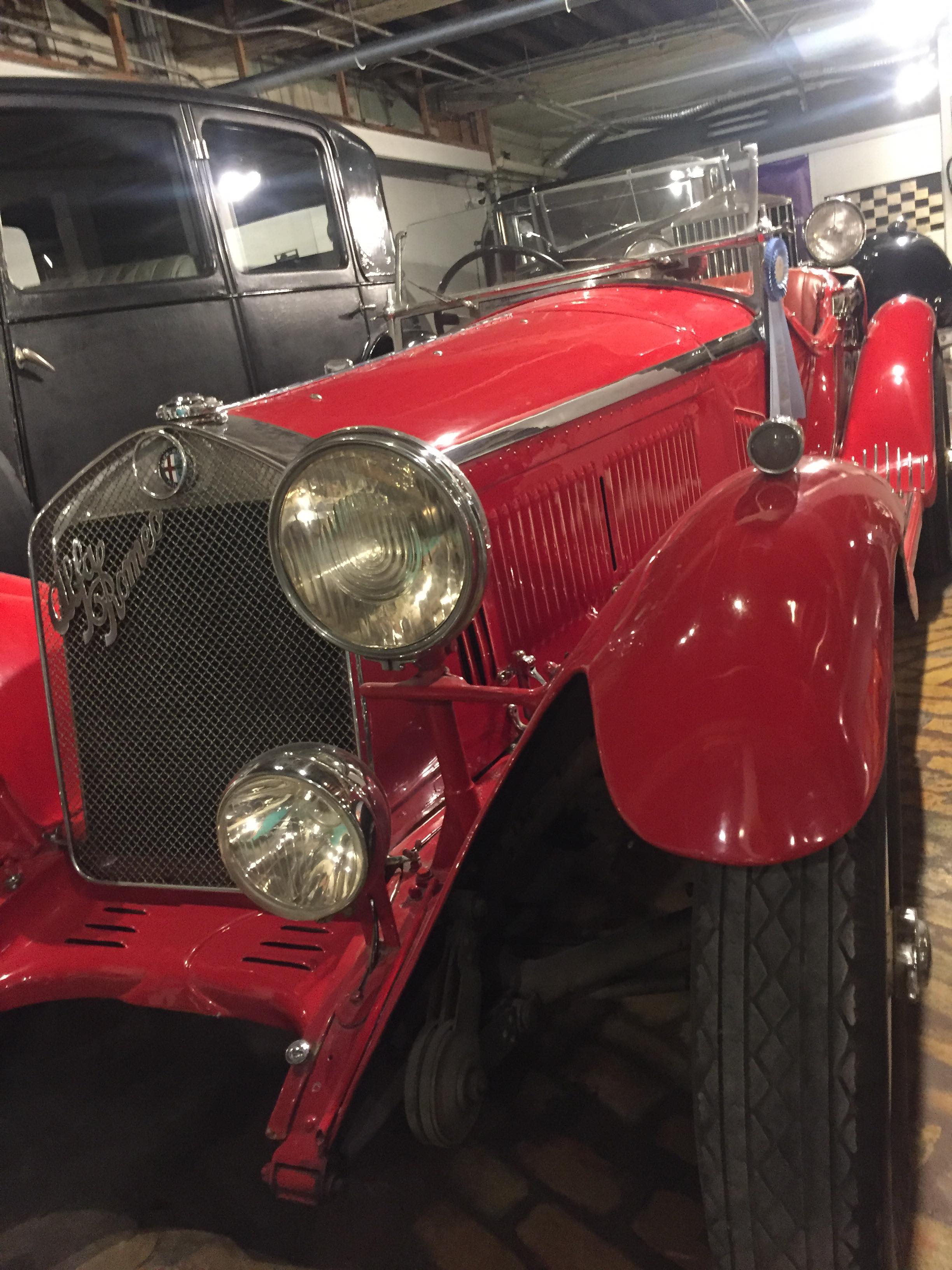 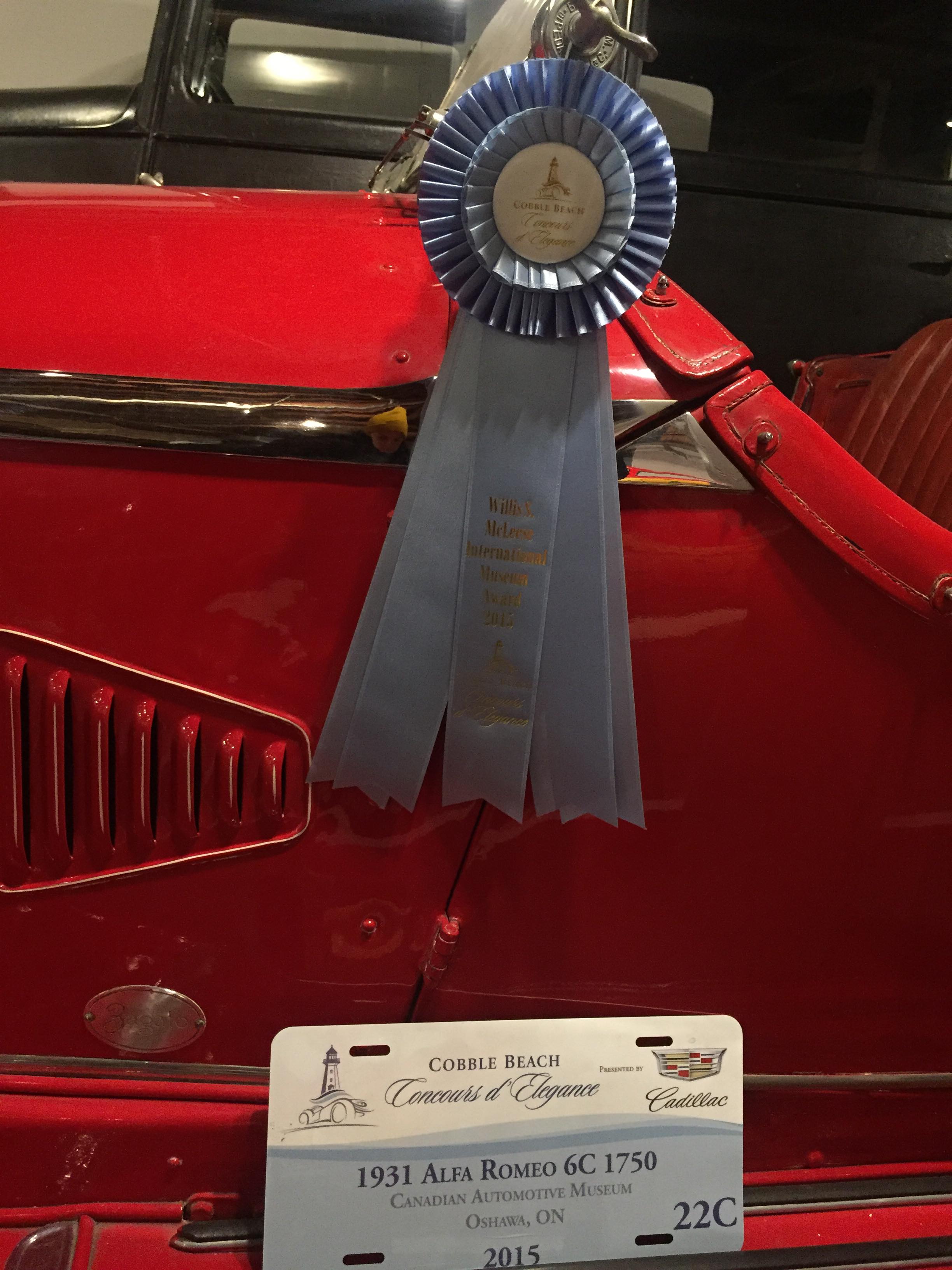 “This is supposed to be the best Alfa Romeo ever made. It actually entered a lot of races during its time and won a lot of them too. If you look at Alfa Romeos compared to today, they don’t really enter races anymore and they don’t win them either because we have much faster sports cars. At the time this was very fast, it was the fastest race car that they had in the ‘30s and that’s why it’s known to be one of the best ones ever made.”

The next car might be more recognizable for its Hollywood debut in the ‘80s film Back to the Future. The 1983 DeLorean became very popular after the release of the movie.

“It was created by a guy named John DeLorean.” After working at GM, DeLorean decided to make his own car company and named it after himself.

There were a lot of features about the car that people did not like when it was finally released. For example, how the car was made out of stainless steel, which is a heavy material that you cannot paint over and leaves finger prints instantly. It also had a very small window only enough for you to stick your arm out to signal. Unfortunately for DeLorean, his reputation was ruined and eventually went bankrupt. He later went into drug trafficking. 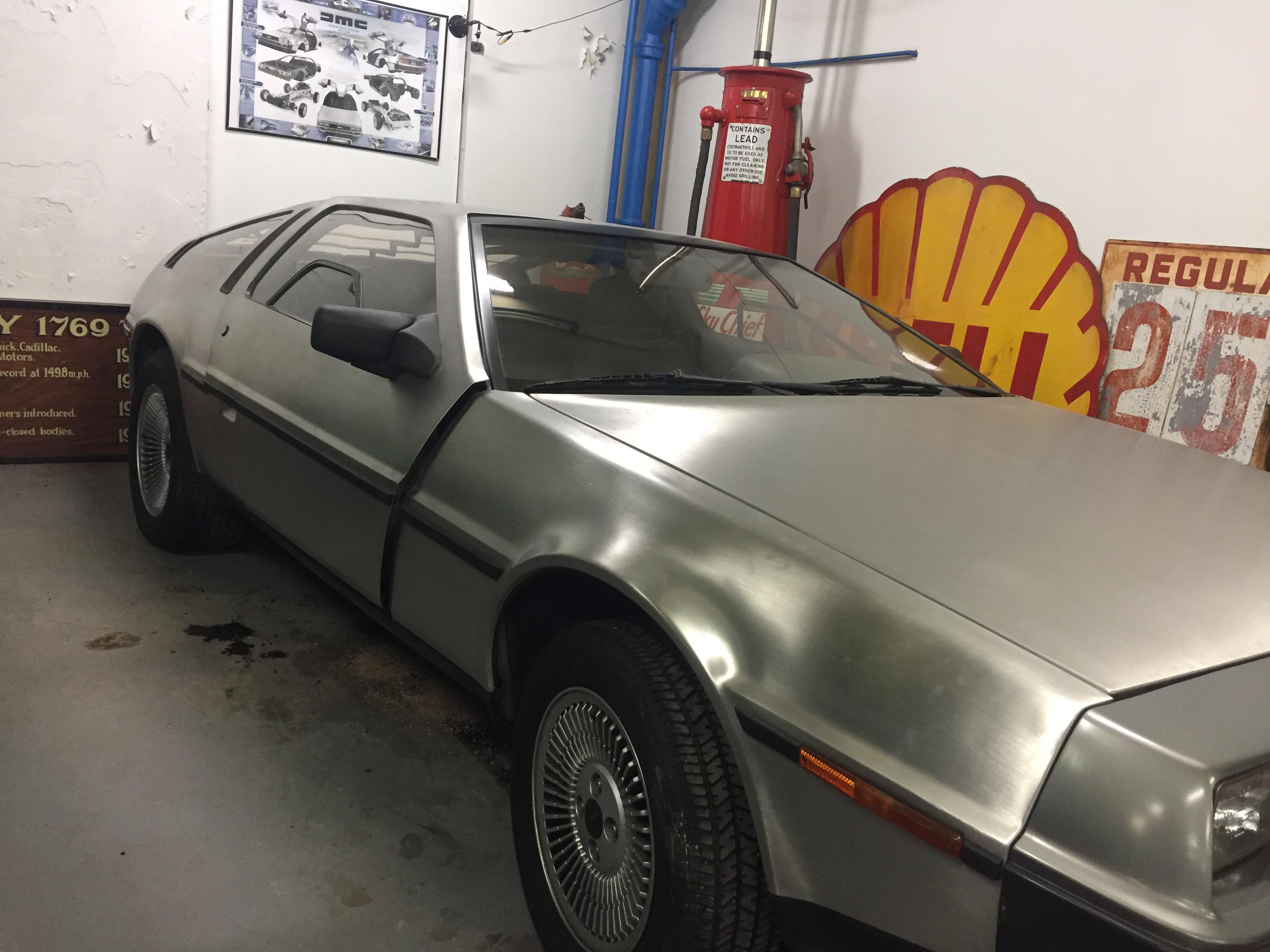 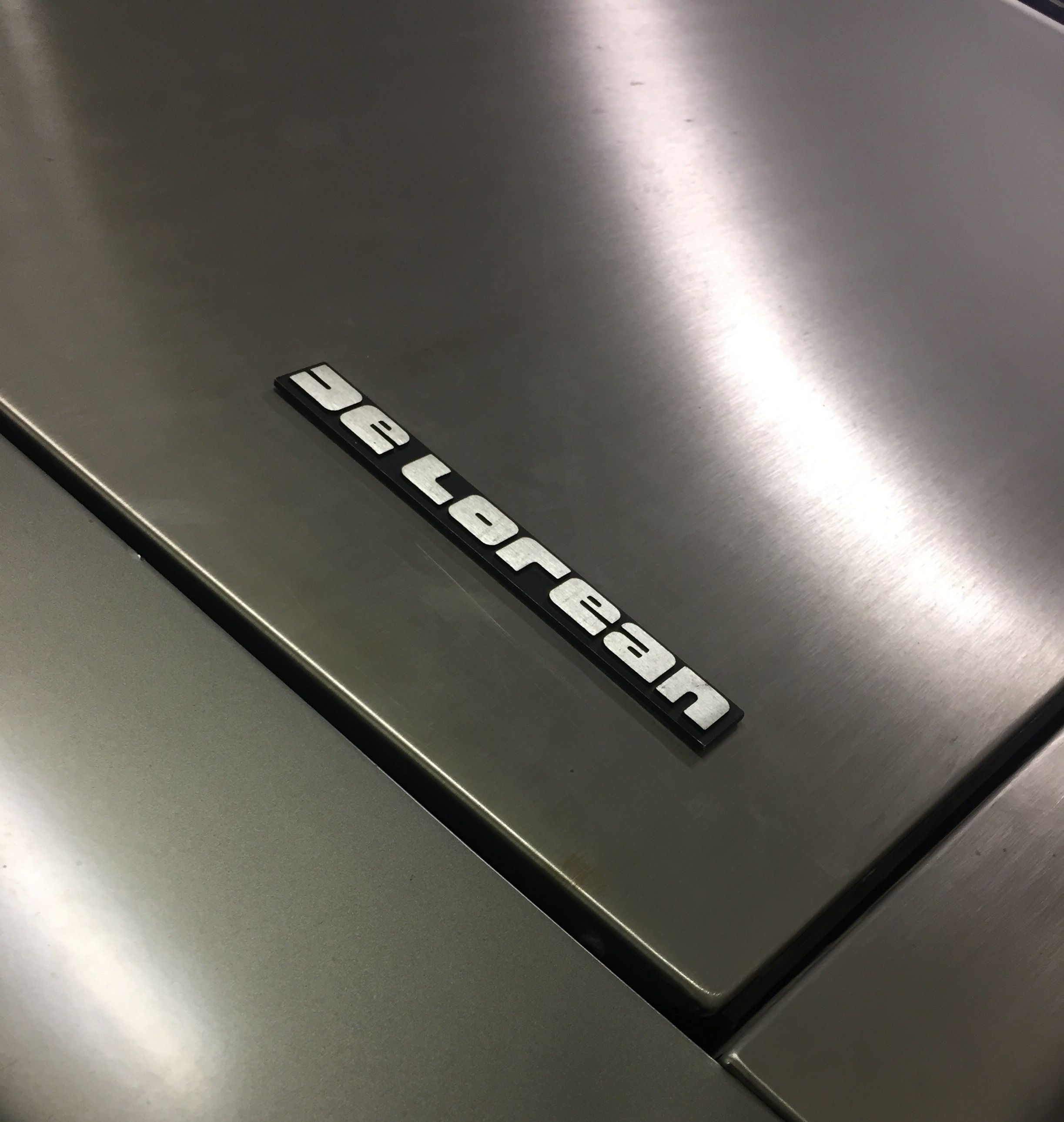 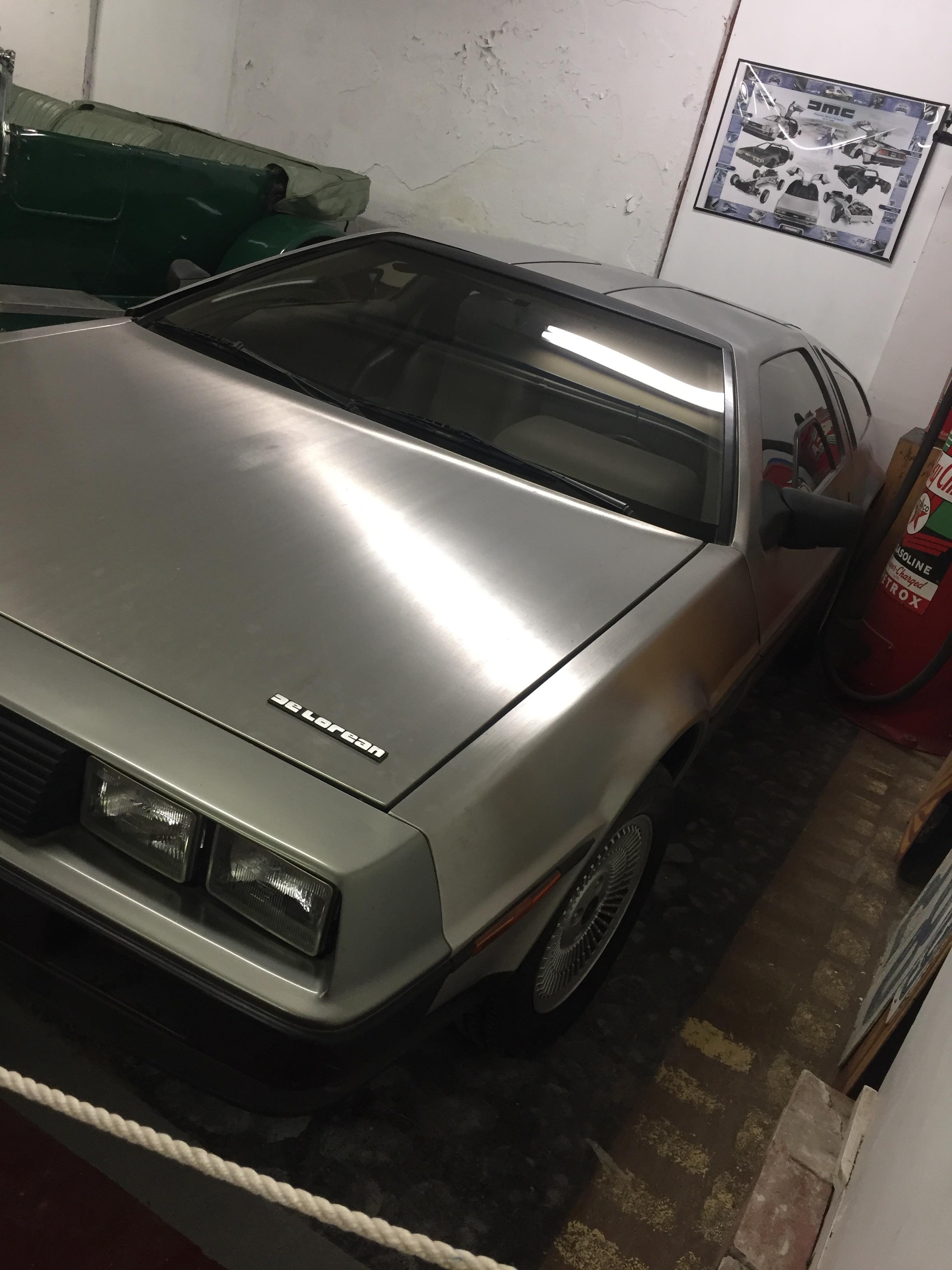 “But when it did star in the movie Back to the Future it became very popular, so it was a huge turn around and a lot of people showed an interest in the DeLorean and people actually wanted to go purchase their own vehicles as well,” said Gates. “But the reason why I want to talk about this is actually made in Ireland and not in the United States so it does also have Irish connections. The reason why John DeLorean decided to make them all the way in Ireland was because it was cheap to make them there.

“This is the 1921 Kissel you’ll probably notice why it’s so unique it’s because of its drawer seats. Amelia Earhart, the first female pilot to fly across the Atlantic, actually showed a huge interest in Kissels and before she could fly an airplane this was second to her dream. She wanted to drive her own motorized vehicles across the United States and she would’ve been completely content with that. Like I said, it wasn’t common for women to be driving so that’s why she wanted to do this. She wanted to break the norm, just like she broke the norm for flying an airplane.

“She did end up driving this across the United States with her mother, she drove from Los Angeles to New York to Boston all across the States. What’s also interesting of why she chose it was because of the windows. It’s got these really intricate cut-outs, it’s not like a regular straight wind shield. It’s got these nice little designs and she thought they looked elegant so that’s why she chose this car.” 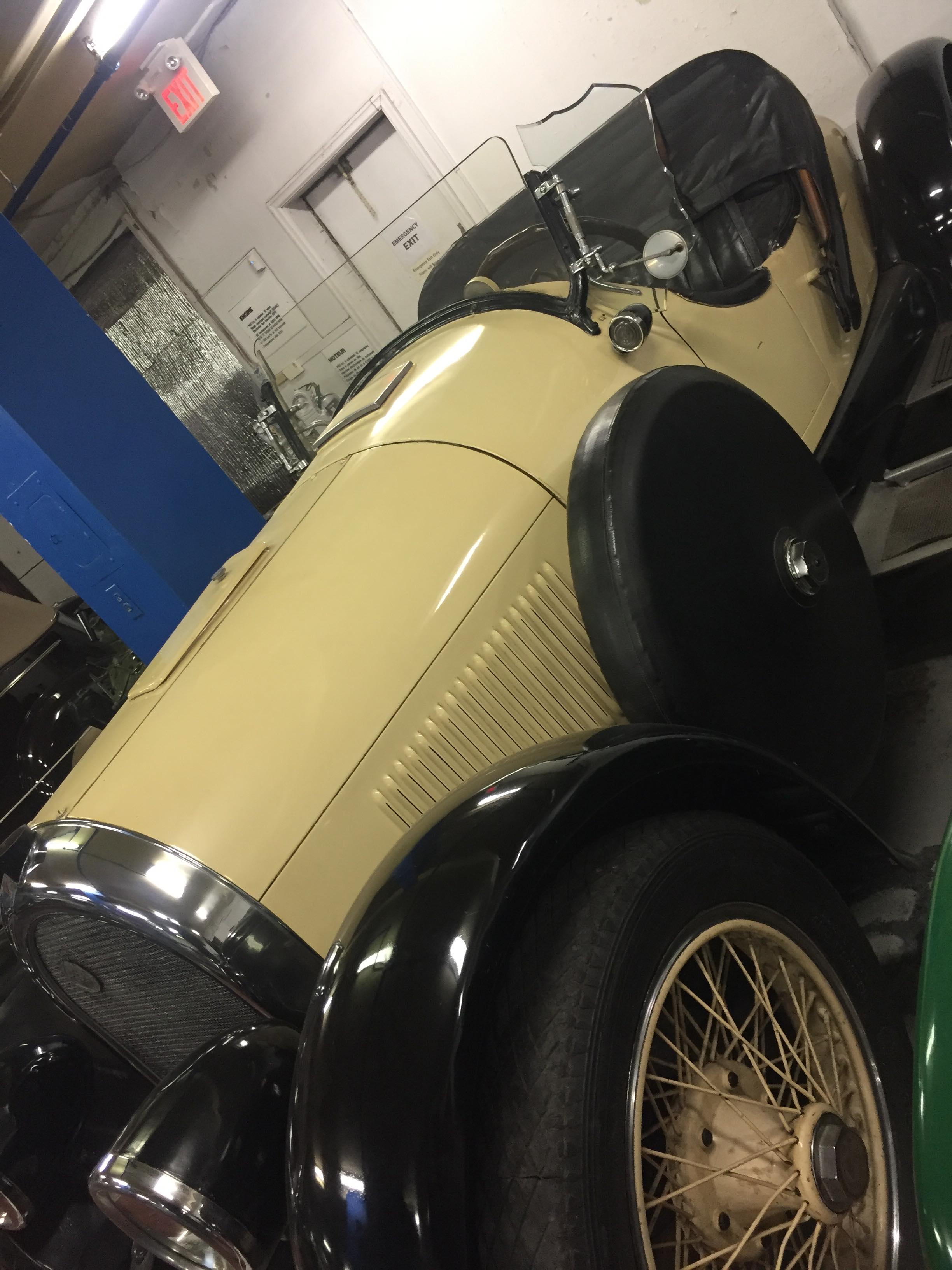 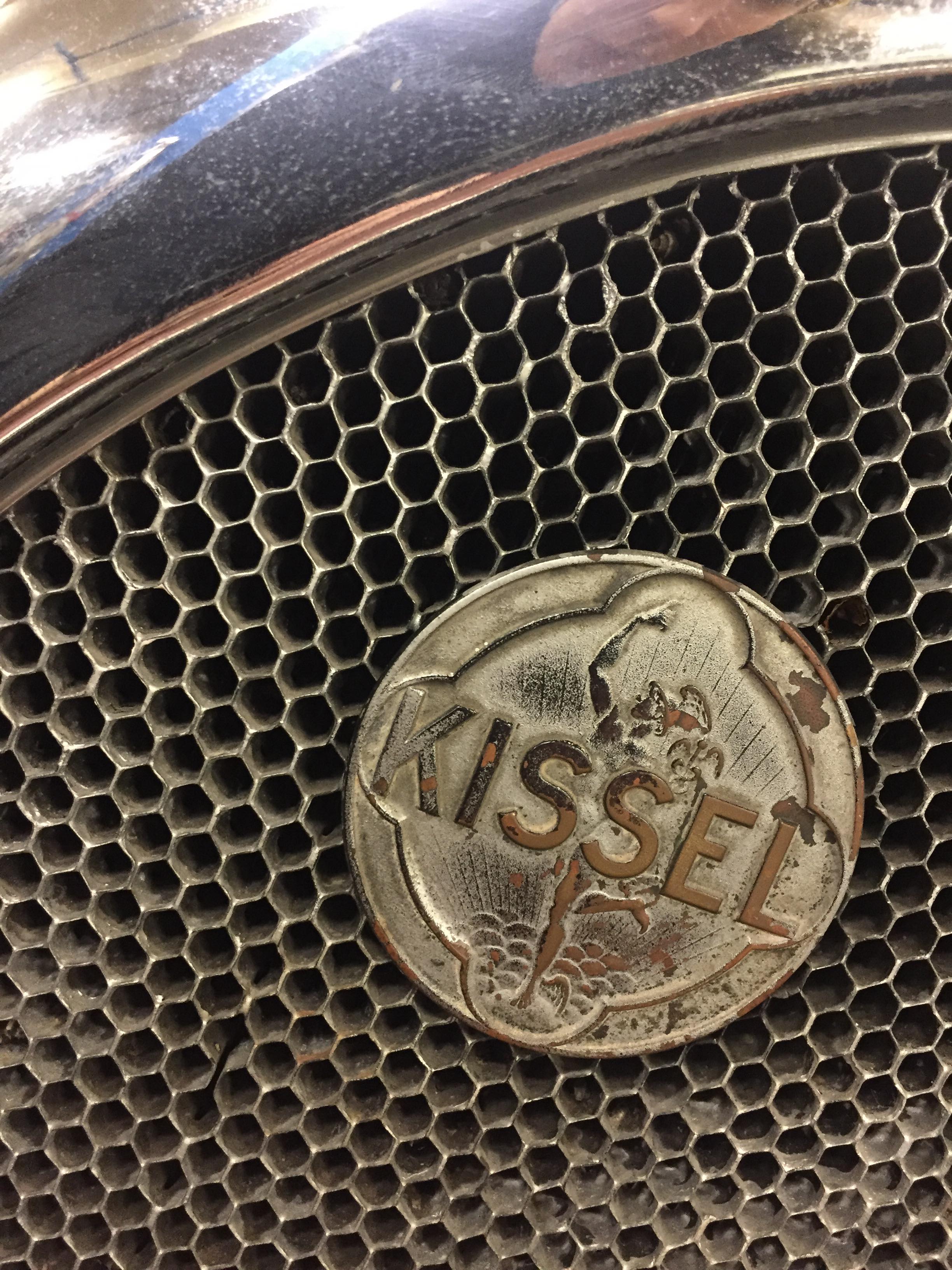 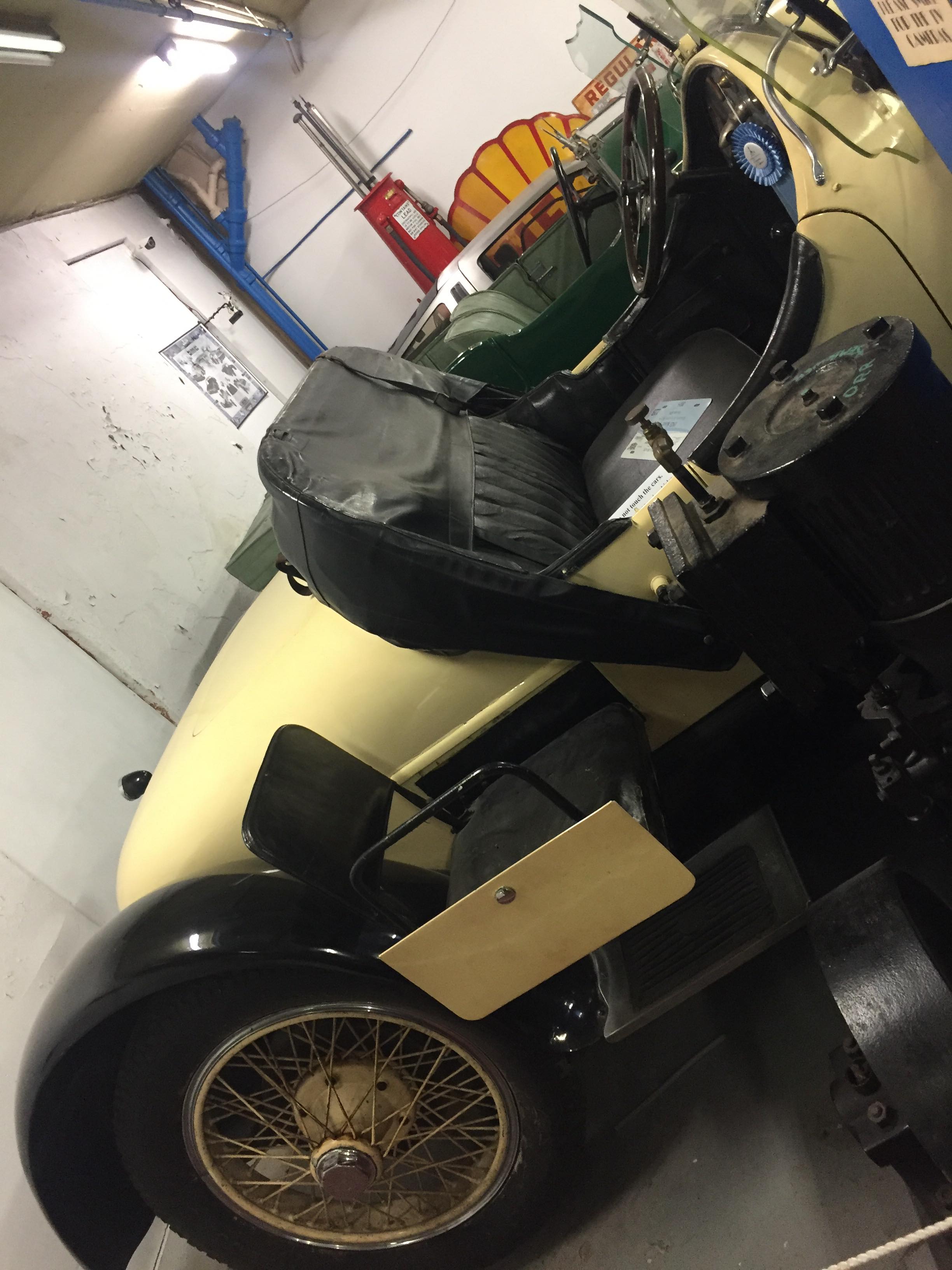 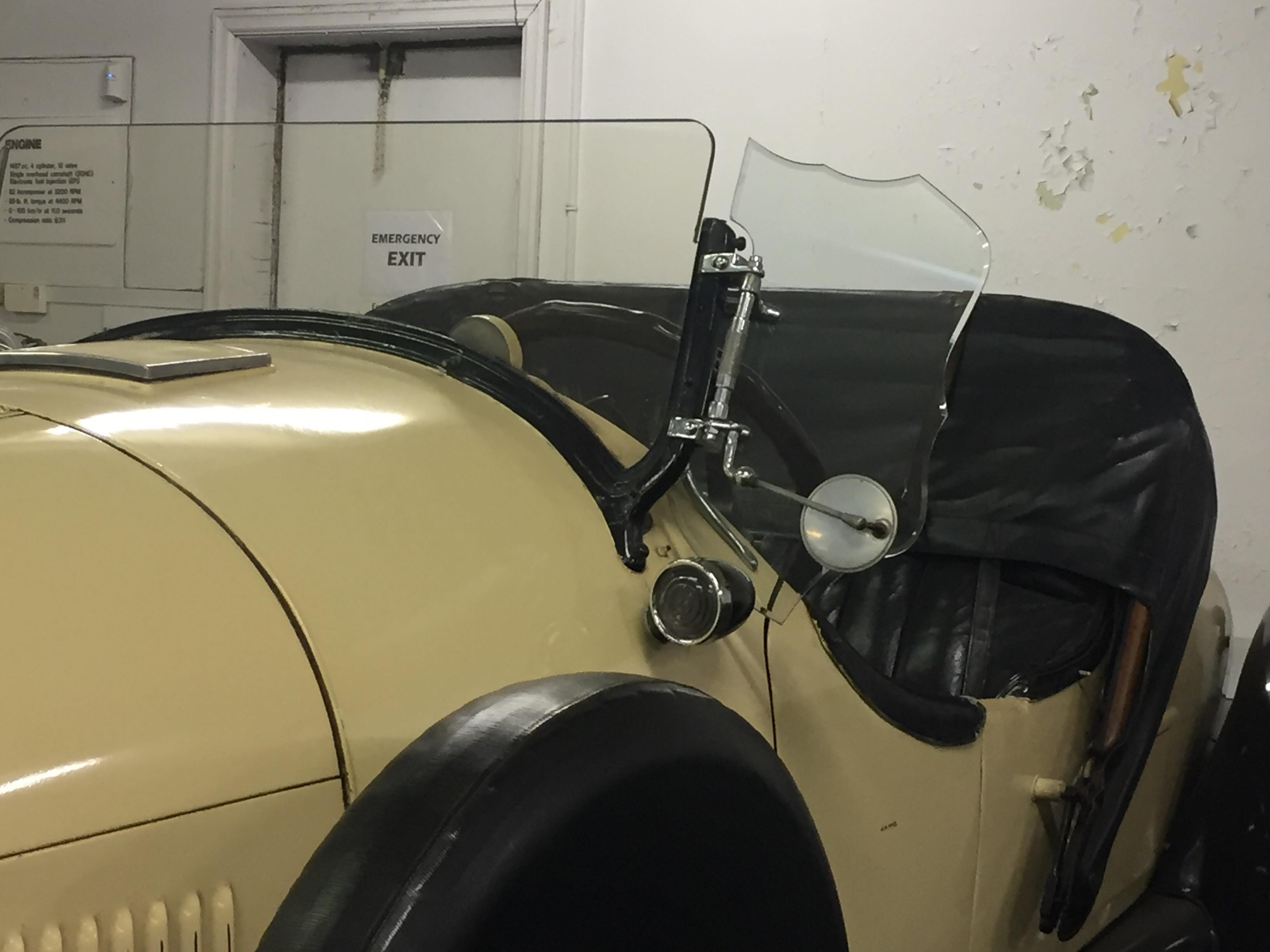 The tour concluded and families continued to look around and pose for pictures with some of the unique vehicles of the past. There were colouring stations set up for children and every corner was a place of history to explore for people of all ages.