Living Dark aims to break the mold of traditional storytelling, and place the fate of the game in  players’ hands, by creating a world where their choices matter. Set in the  neo-noir city of Vox where fighting for survival is a day to day activity, players choices will affect those around them and the outcome of their unique story.

Yet Rocketwerkz creative director Rashad Redic and his team wants to take those interactions a step further in his upcoming game, by letting the players build meaningful relationships with characters they meet. 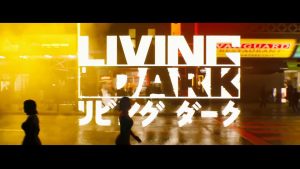 “The way we allow the player to cultivate relationships and then use those relationships in future events is something that’s exciting and ambitious,” he said.

Redic is looking to implement a trust mechanic into the game that will allow players to build their relationships over time by performing certain actions. Rocketwerkz studio hopes to have an in-depth system in place to allow players to really bond with other characters and make them feel something.

“Inevitably, we hope the interconnected tangle of decisions you’ll make in this context will force some interestingly organic decisions and consequences.”

By going for a non-linear story approach the creative team hopes to immerse the players in a ever-changing and growing story. Yet Living Dark will be sticking with a linear form of gameplay by making the most of the environment’s side scrolling, which is rarely seen in modern RPGs. This style of gameplay is synonymous with linear storylines that progress to one given goal such as the classic Mario games.

“The unique look and vibe to the game comes more from being practical about production resources than anything else. Side scrolling (mostly) gives us a good compromise between speed of asset creation, fidelity and level footprint.” 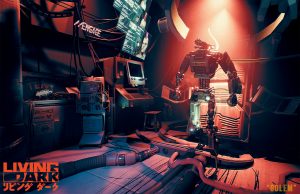 While Living Dark is a large, ambitious game, the team is only made up of 15 members compared to other RPG games such as GTAV that support upward of 1,000 team members. With such a small team Rocketwerkz studio has had to make choices that allow them to create their story effectively. While promising a lot, Living Dark looks to be an artistic take on a otherwise cookie cutter video game scene. 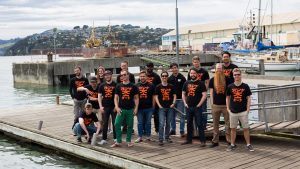