This month at the Marquee, the restaurant at Sheridan College’s Trafalgar Campus, student chefs are flipping the idea of a traditional burger. From Tuesdays to Fridays, a special burger will be featured that was created by the Marquee’s kitchen staff.

“They have to make it themselves, so if they do something crazy and creative, yeah we help them out. I’ll help them with the recipes and the strategies behind it and what you need to do. But a lot of the time they have to figure it out themselves so they’re gaining new skills and experiences,” said Amy Trachter, kitchen supervisor at the Marquee. “You get old students and you get new students, so you get whole new ideas. You get people knowing what to expect and people having no idea so it’s pretty cool.”

Jordan Deschamps, a third-year Illustration student, has worked at the Marquee for a few years and he believes this year will stand out above others. “Compared to previous years, this year’s been really good because the head chef limited us from being boring, so there’s no just like putting stuff on top of the burger. You got to switch it up, come up with different sauces, make something special for it,” said Deschamps.

The Marquee burgers are already a hot item, with Mondays being their dedicated build-your-own-burger day. These special, student-made creations however will only be available for one day and be gone the next.

The recipe for these special burgers takes a bit of creative thinking as well. “I started with a doughnut bun, then I thought of what could go with a doughnut. So I figured peanut butter and jam, and I candied the bacon up and that’s how I got my epic election burger,” says Emily Wiebe, a student in Graphic Design.

Some upcoming burger specials are the Japanese burger, the Big Smoke burger that has a whiskey barbecue sauce, and the Devil’s Banquet which includes the Marquee’s hottest sauce.

Stop by the Marquee this month and you might find a burger that is made for you. 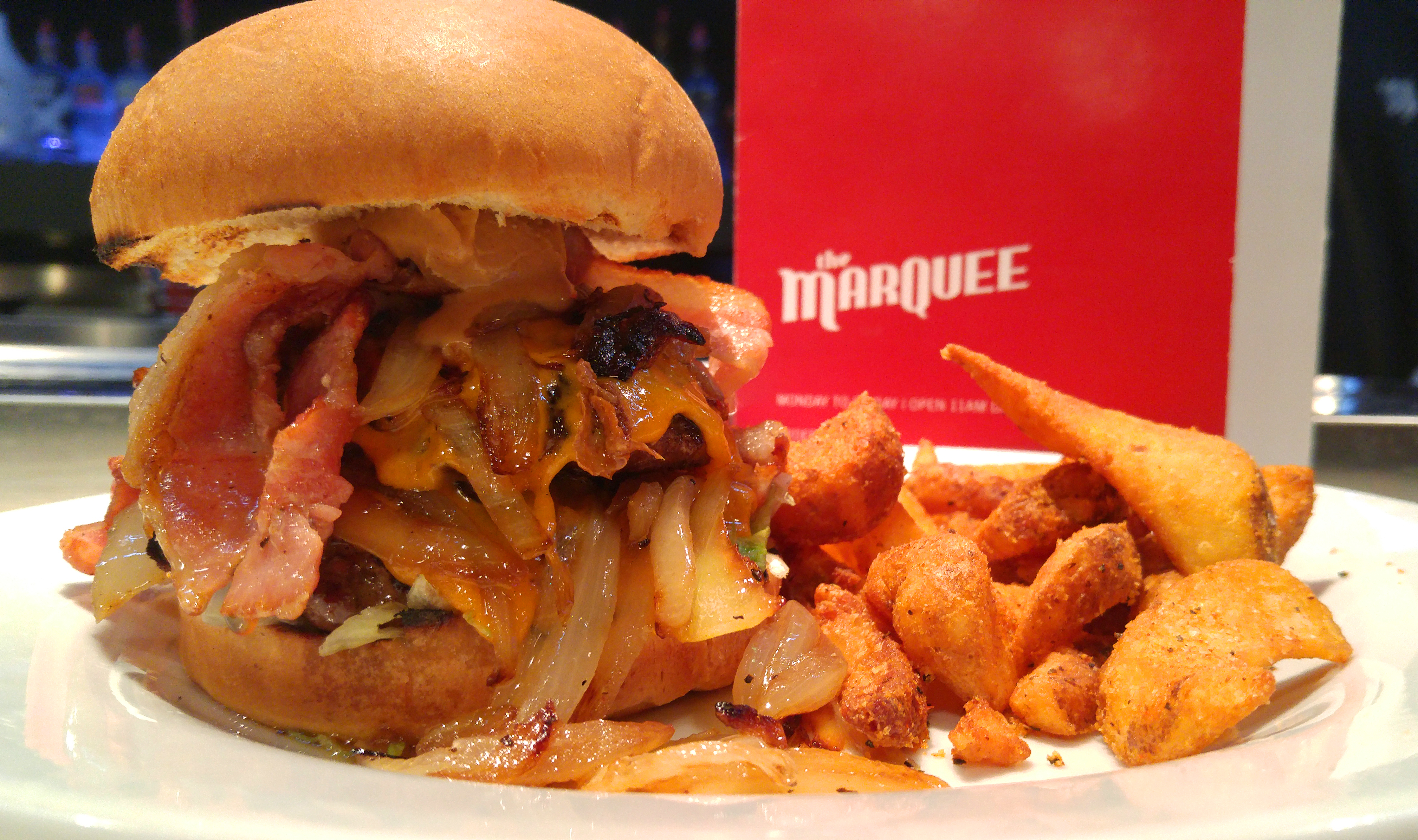 Follow The Marquee’s instagram page @themarquee_ssu to get a sneak peek at the specialty food items for the day.