After being diagnosed with cancer at the age of 3, and 18 months of treatment, honourary firefighter Liam Cuttle has put the fire out.

Mysterious stomach pains lead him to a diagnosis of High Risk Stage IV Neuroblastoma, an aggressive form of childhood cancer with a high chance of recurrence.

A 50 per cent chance of survival was not something Liam’s mother, Heather Anderson, 41, was ready to hear.

“When they told us he had a 50 per cent chance, it was way worse than I had mentally prepared myself for,” said Anderson.

Once diagnosed, Liam, now 6, was to go through six rounds of chemo, multiple surgeries, 12 rounds of radiation, a stem cell transplant, and six months of immunotherapy.

“After 18 months of treatment and never having official clear scans, it was overwhelming. But I knew before we got the call,” Anderson said.

Anderson had been present at all the metaiodobenzylguanidine (MIBG) scans and had watched Liam’s cancer slowly disappear. The drive home after receiving the news, gave Anderson the reassurance of Liam’s remission.

“I wouldn’t describe myself as religious, but on the drive home from the hospital after the scan, the rays from the sun broke through the clouds and turned a giant cross on the QEW into an amazing spectacle. I had never noticed the cross before. I took it as a sign and I cried the whole way home because I knew he finally won,” said Anderson.

Having a child with stage IV, high-risk cancer, takes a great toll on parents.

“Liam’s cancer journey shouldn’t be about us, but as parents it was incredibly difficult to stay positive. It’s surprisingly difficult for parents after their child finishes the treatment. There is extreme joy, but no relief. It’s a state of waiting and hoping it doesn’t come back and adjusting to our new normal. There is a period of mourning when you finally get a moment to breathe and realize that things aren’t going to be the way you envisioned,” Anderson said.

Liam’s family made the decision to seek further treatment. Liam is currently taking trips to Michigan to participate in a clinical trial in hopes to lower the risk of relapse.

After Liam’s battle, he was given a chance to be free and that’s just what the Children’s Wish Foundation of Canada provided.

“Liam really wanted to meet the Transformers so they arranged for us to have a week in Florida and a chance to meet Optimus Prime, Bumble Bee and Megatron at Universal Studios Florida. They also arranged for us to spend three days at Disney,” Anderson said.

In the three years since Liam’s diagnosis, he and his family began The Fighting for Liam Brigade and raised $90,000 in support of a fundraiser conducted at SickKids Hospital in Toronto for the James Fund for Neuroblastoma Research.

Despite Liam’s remission, they only strive to raise more awareness and money for Neuroblastoma research and for kids like Liam.

“There’s a logical and personal explanation for our continued devotion. Logically, it is because survival rates for the neuroblastoma are dismal at 50 per cent and as parents, we feel a sense of urgency. Not just for our child but for every parent who is given the same prognosis,” Anderson said.

With the family’s hand in helping fund the research foundation, Liam was given a Kids Believe in SickKids award for the Top Tribute Donation in 2015 to 2016.

The Fighting for Liam Brigade is half way to their goal of raising $50,000 for an important drug discovery project.

“We explained cancer as the ‘fire in his belly’ and his treatments were going to put out that fire,” Anderson said.

On Liam’s last day of treatment, his fire was out and hasn’t worn his costume since.

“I asked him as we were leaving if he wanted to put on his costume and helmet. He looked up and said ‘No, I’m off duty.’ The power of make-believe helped him through this difficult 18-month treatment. His firefighter costume is a symbol of strength and bravery and it in it, he found the courage to fight cancer with a smile.” said Anderson. 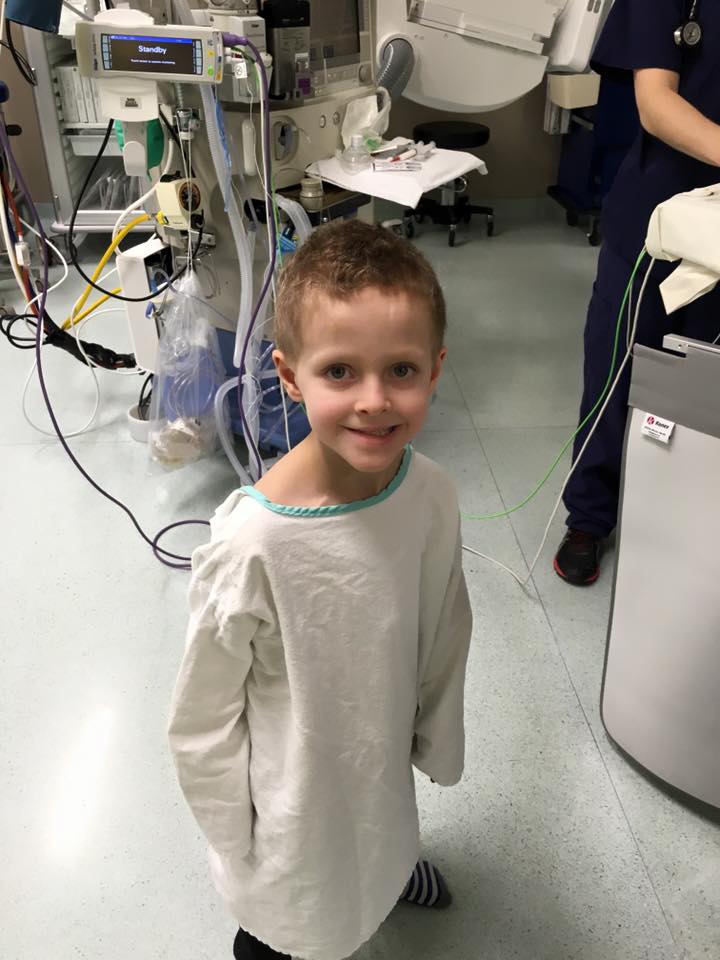 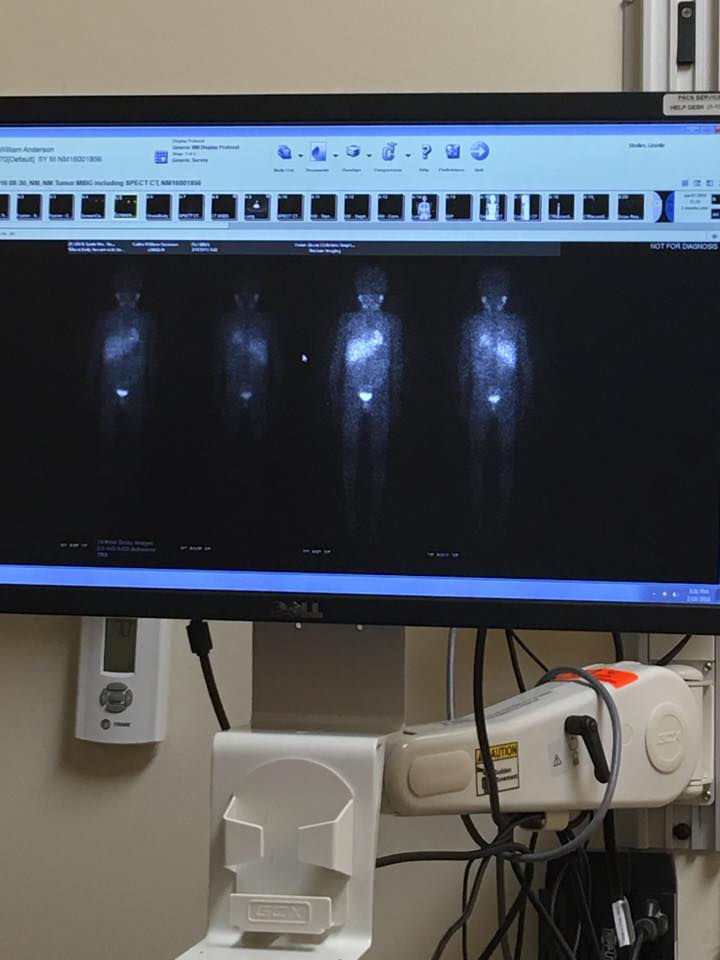 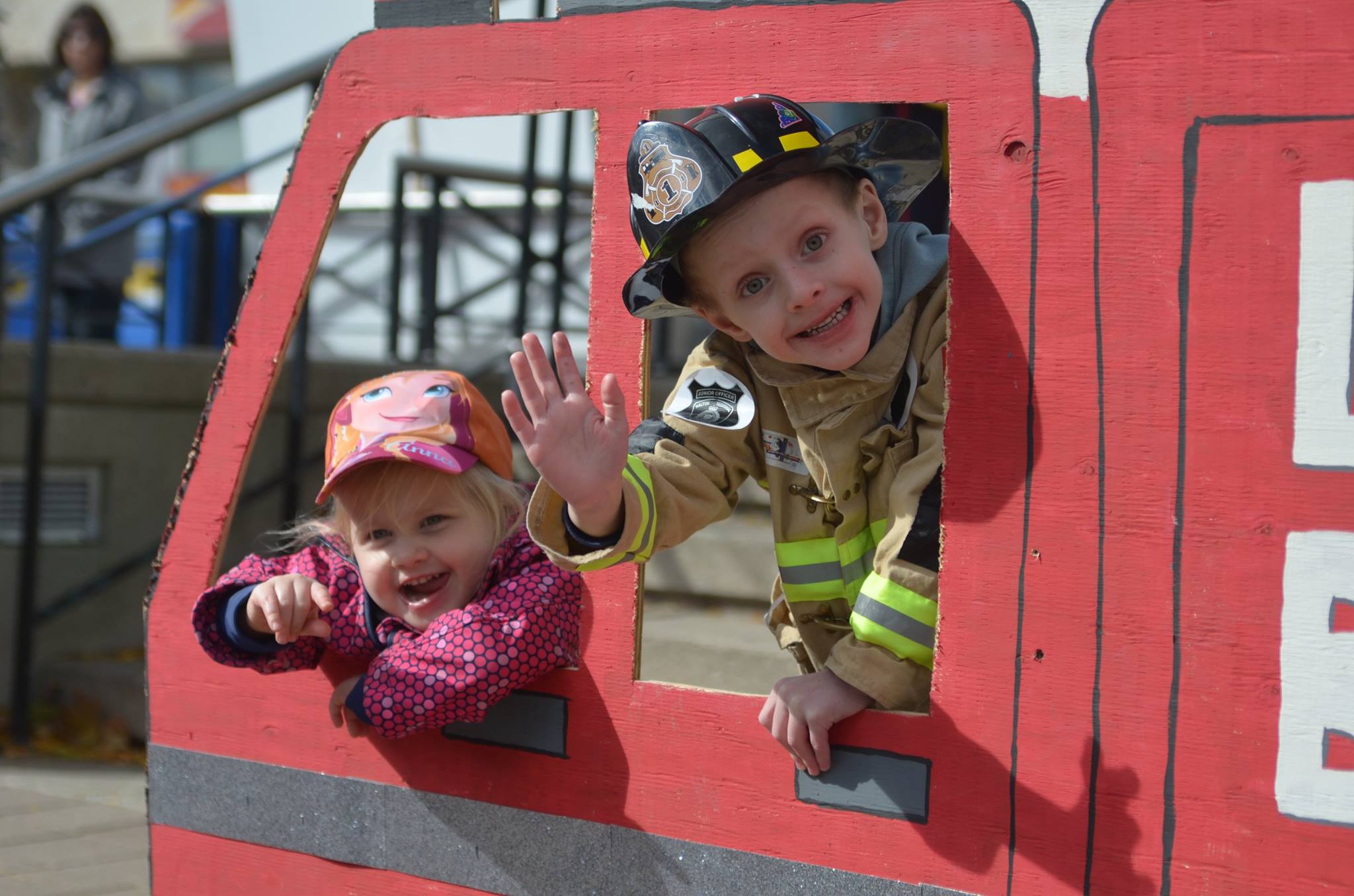 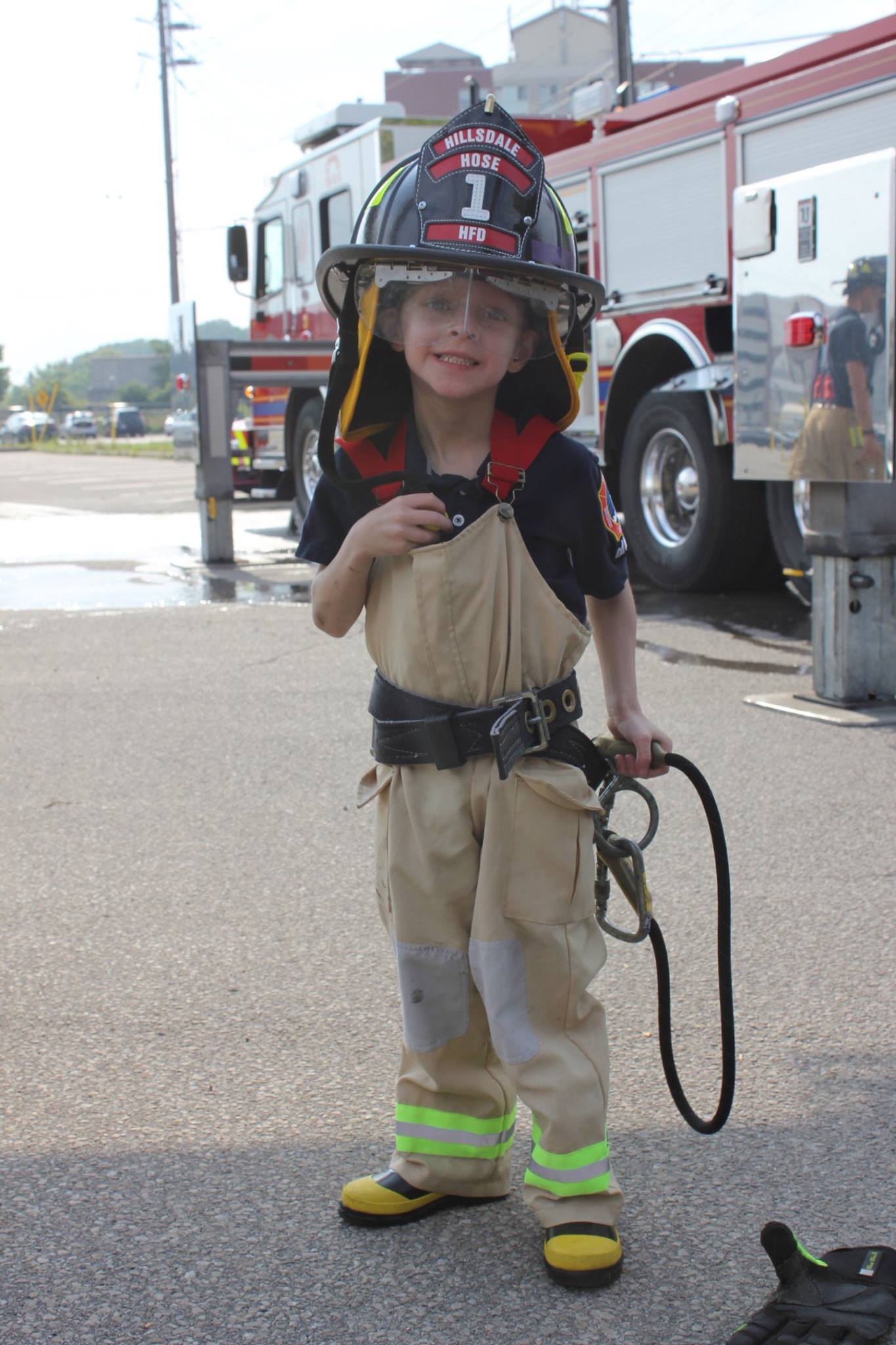 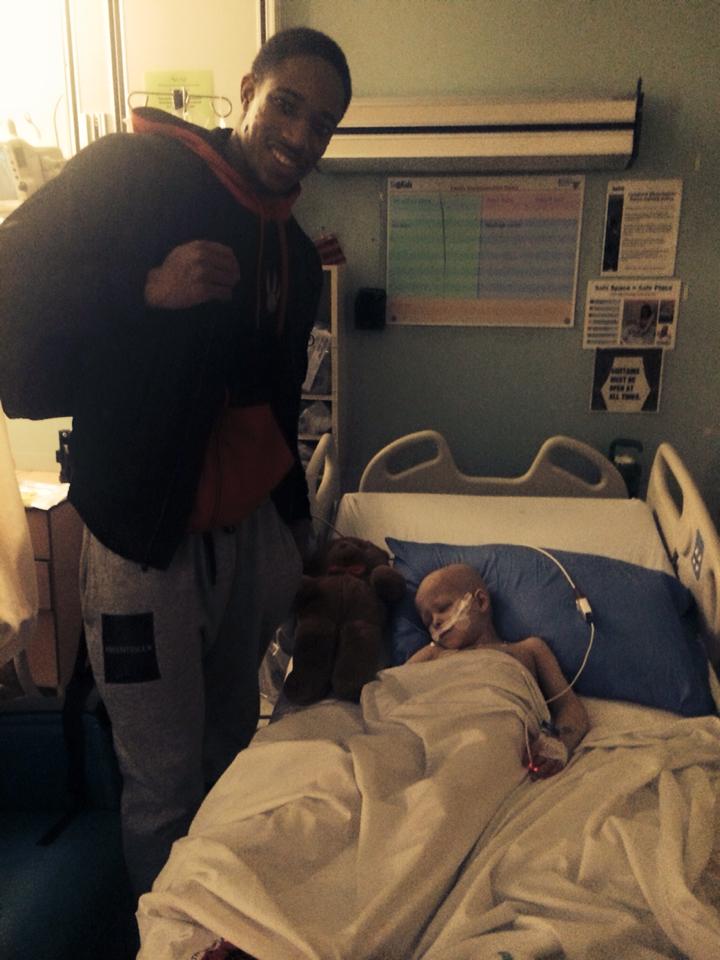 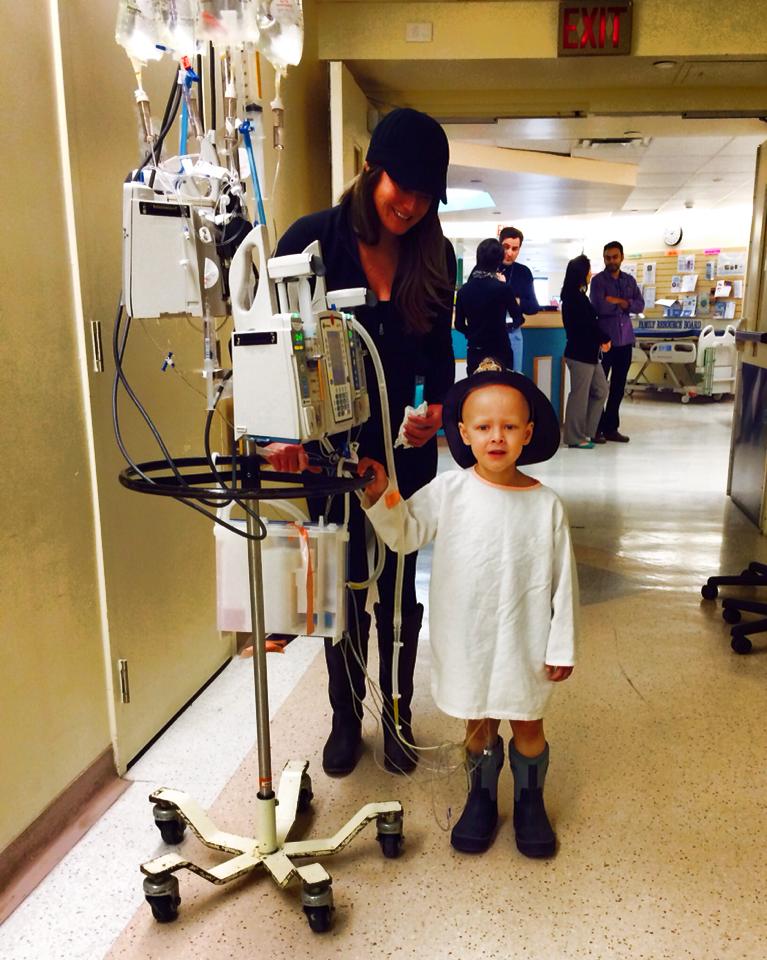 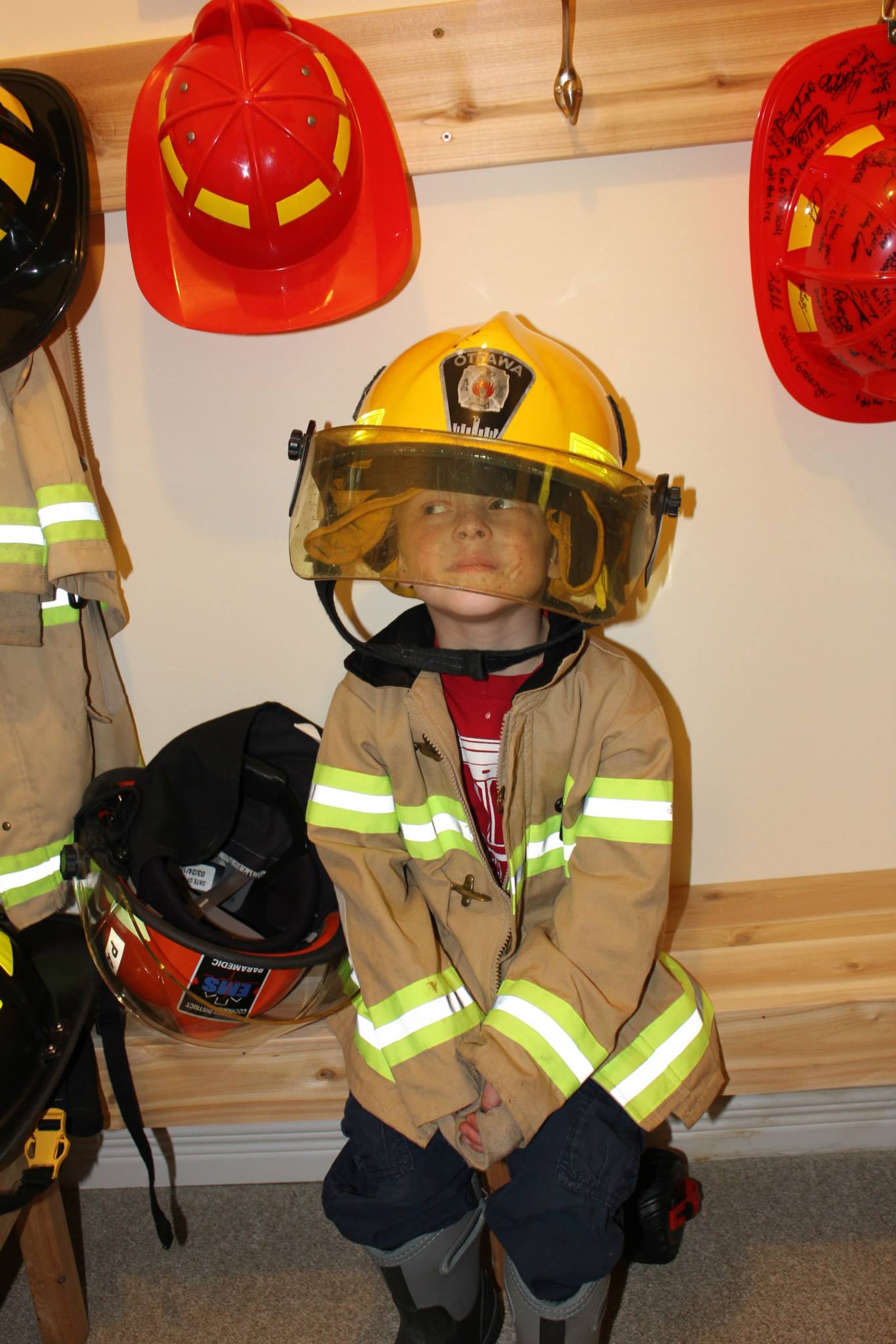 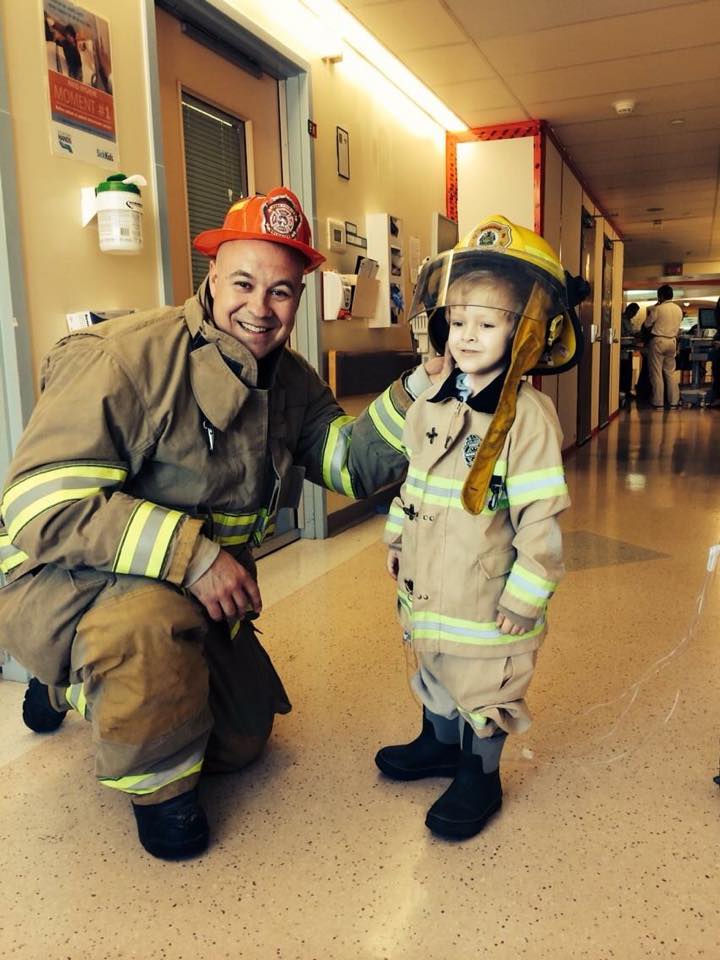 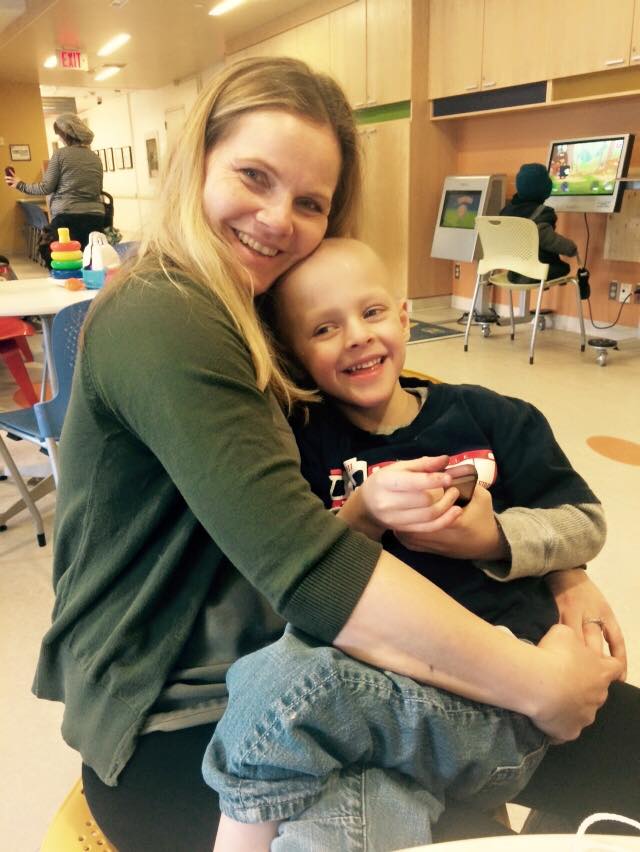