Mississauga’s Bradley House is offering visitors a view of Canadian history through the eye of a needle. 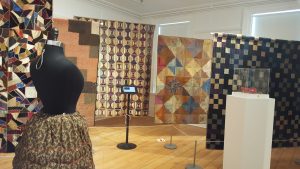 The Bradley House Museum has unique quilts from different cultures, races, religions, countries, traditions and different times. This exhibit of quilts has been open to the public since Sept. 9 and runs until late February.

Here are some meaningful pieces from inside the house.

There are quilts that are made out of smaller pieces of fabric sewn together. A specific piece of that kind was donated by Marion Gaston who originally resided in England and later on moved to Toronto. This piece will later on be sent to another museum for further display. 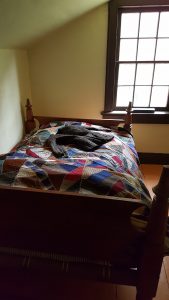 A black quilted jacket on one of the beds is a loan from fashion history museum in Cambridge, Ont. It is Canadian-made from the 1880s. This piece is used for extra warmth mainly used in the winter.

Most pieces are by Canadians. 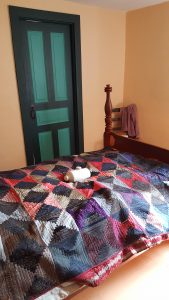 Another piece, Paisley and Wool Bed/Puff/Comforter, is an example of a wool bed referred to as puffs or whole cloth comforters. It is made by large pieces of wool or cotton sandwiched by two pieces of material that were tied or quilted loosely with large stitches. This paisley design originated in Persia around 200 – 650 A.D. British production of Paisley woven shawls began in the late 1700s and flourished in Paisley, Scotland. In Britain a paisley shawl was a very fashionable accessory to have during the 1800s. Later on the trend went on to home accessories and bedspreads. 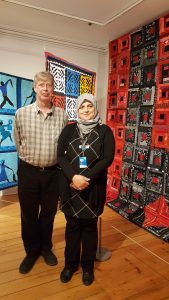 The Mississauga Museums are all owned by the Mississauga Heritage Foundation since 1961. The museum was originally built by Lewis and Elizabeth Bradley in 1830. They had seven children and lived here for 20 years. After Lewis Bradley died in 1846 his wife sold the house. After many people land was purchased by British American Oil Company known as Suncor. The land was stated for demolition in 1959 but luckily someone else by the name Kenneth G. Armstrong bought the house and gave it to Township of Toronto Historical Foundation in 1961, now known as Mississauga Heritage Foundation. 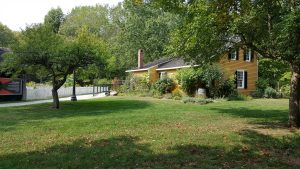 This historic house doesn’t only display wonderful quilts crafted by different people. It also has displays of indigenous life and culture.

In the garden of the Bradley house there is a handmade sauna that represents a sauna that indigenous people use. This is a way to heat up and let go of bad energy. The rocks in the centre of the sauna are special rocks that represent grandparents. 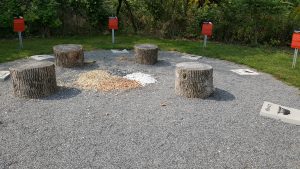 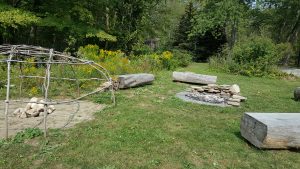 The garden also has a medicine wheel. There are animals around the medicine wheel that is said to represent a person’s character.

This 70-year-old Maple Grove is located around Lake Ontario and has accessible nature trails. Four buildings make up the Bradley Museum.